On a beautiful island not far from Hiroshima there is a famous shrine which attracts a constant stream of eager visitors. The island itself is located to the northwest of Hiroshima bay and is known as Itsukushima, however it is usually called Miyajima which in Japanese means shrine island (宮島).

This island is famous for the Itsukushima Shrine which is a UNESCO World Heritage Site and is also one of Japan’s three best views according to Gahou Hayashi in 1643. As well as the shrine the other two scenic places are the islands of Matsushima in Miyagi Prefecture and the sandbar of Amanohashidate in Kyoto Prefecture.

The island of itself is part of the Setonaikai National Park, and an interesting aspect of this area which has made the shrine so famous is that the sea is affected by strong tides. At low tide the shrine’s gate comes out of the water and visitors can walk to the base, however you have to be careful as the water can start coming in quickly at high tide.

A shrine was originally built here over a thousand years ago and the current incarnation dates back to the 1500s. With the island’s low and high tides in mind it was built on a structure like a pier, although it can be approached by land. The main shrine has many characteristics typical of Japanese shrines as well as a noh stage where performances used to take place

The gate in the water is the most photographed part of the shrine, and a gate has been in place since the 12th century, although the current gate dates back to 1875. By having an additional supporting pillar both behind and in front of the main pillars means that it represents Ryoubu Shintou (dual Shinto).

The shrine is associated with purity and as such neither deaths nor births are permitted nearby, pregnant women and terminally ill people normally have to return to the mainland.Burials are not allowed on the island. 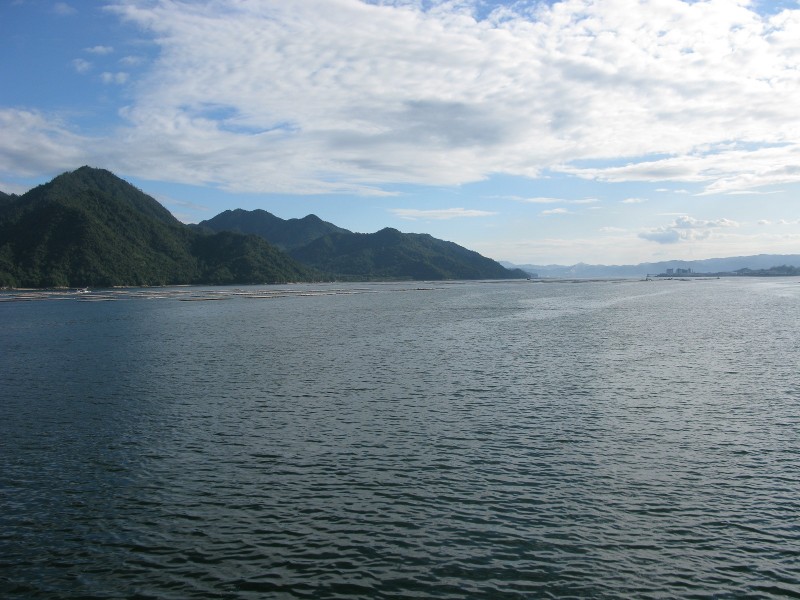 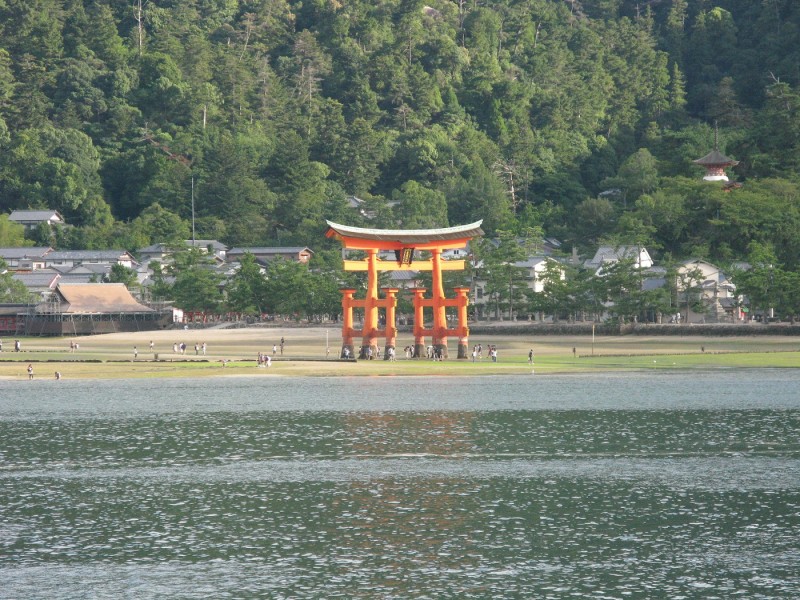 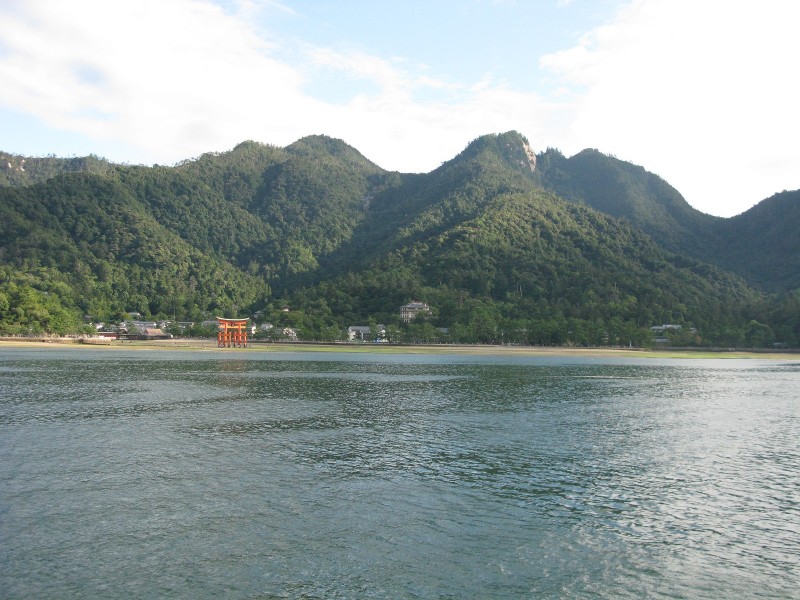 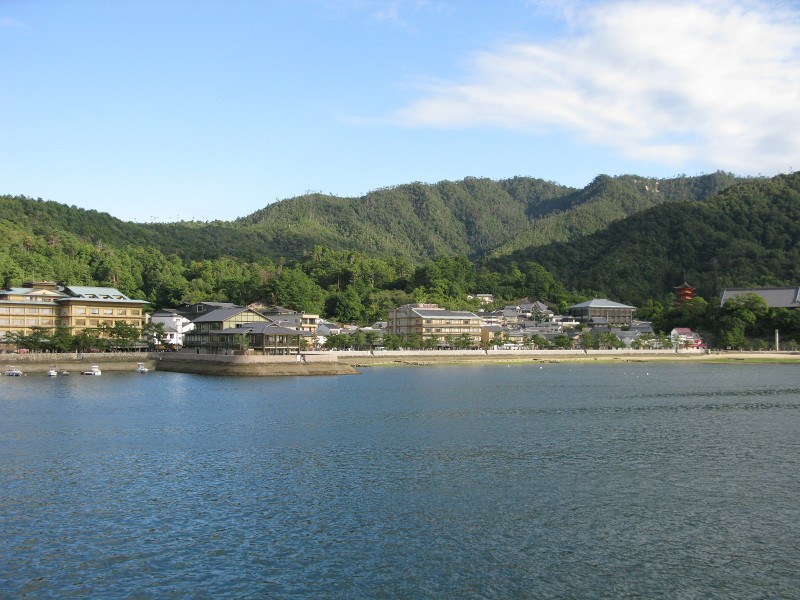 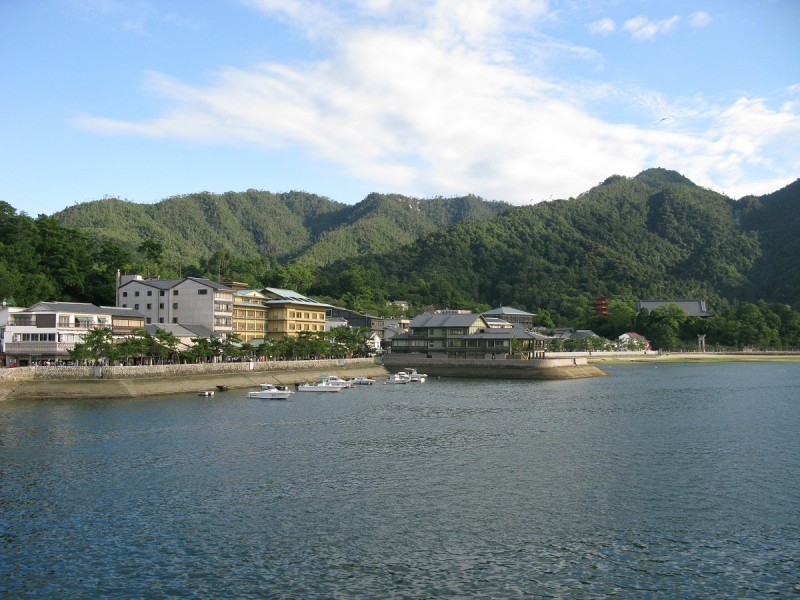 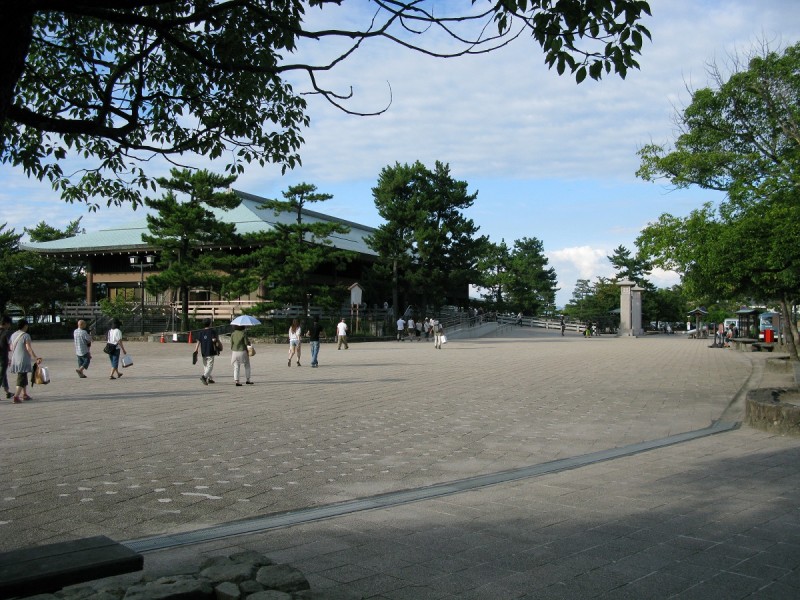 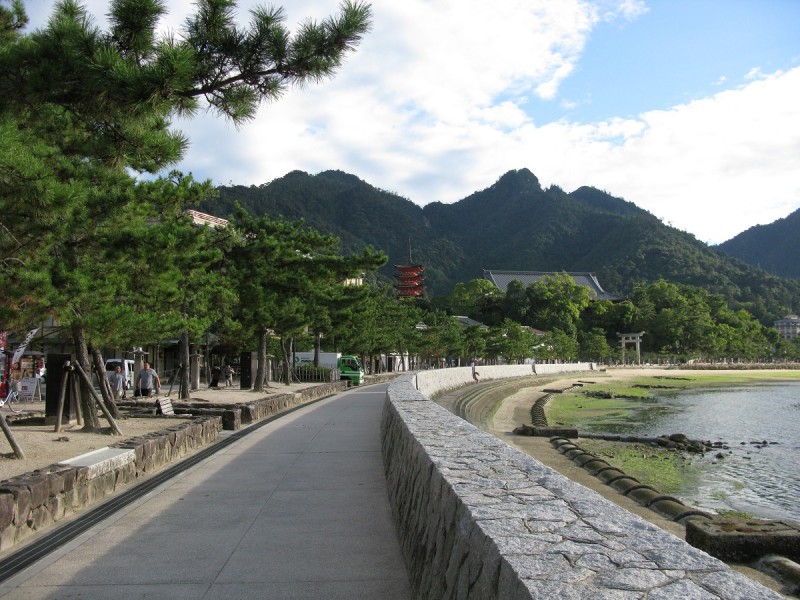 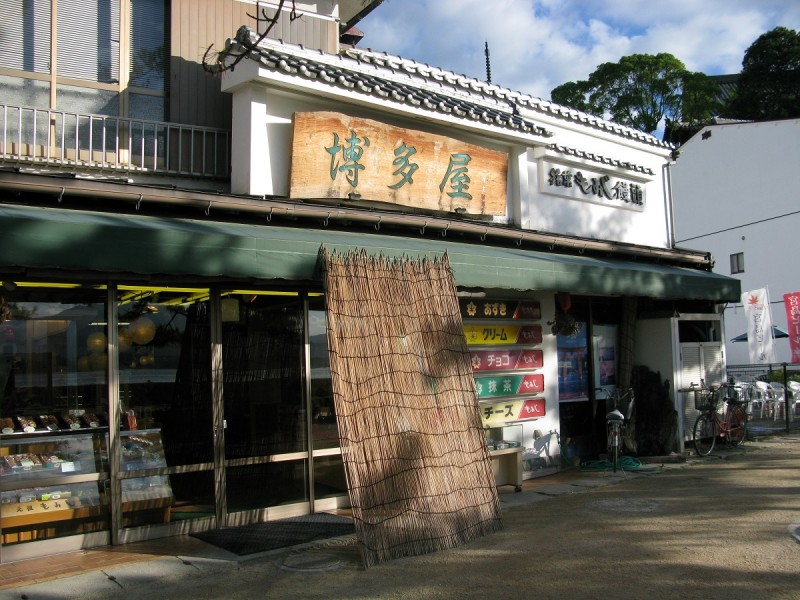 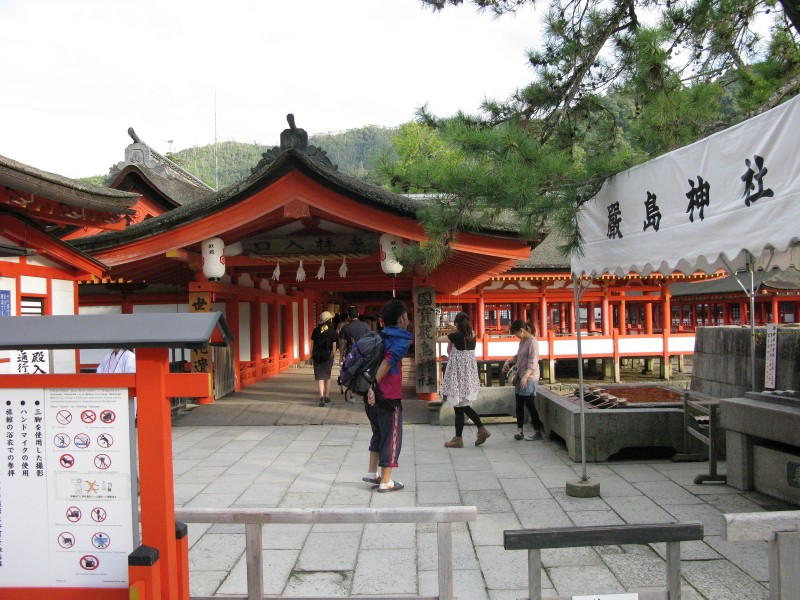 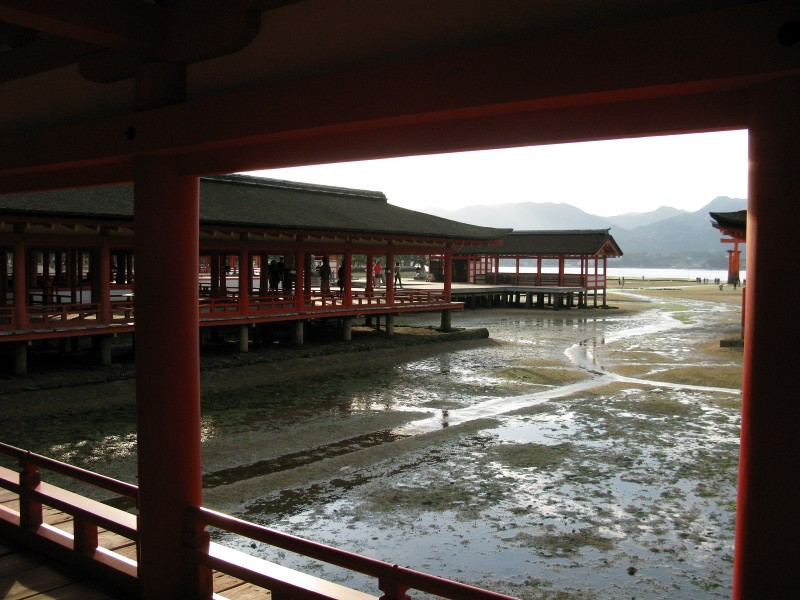 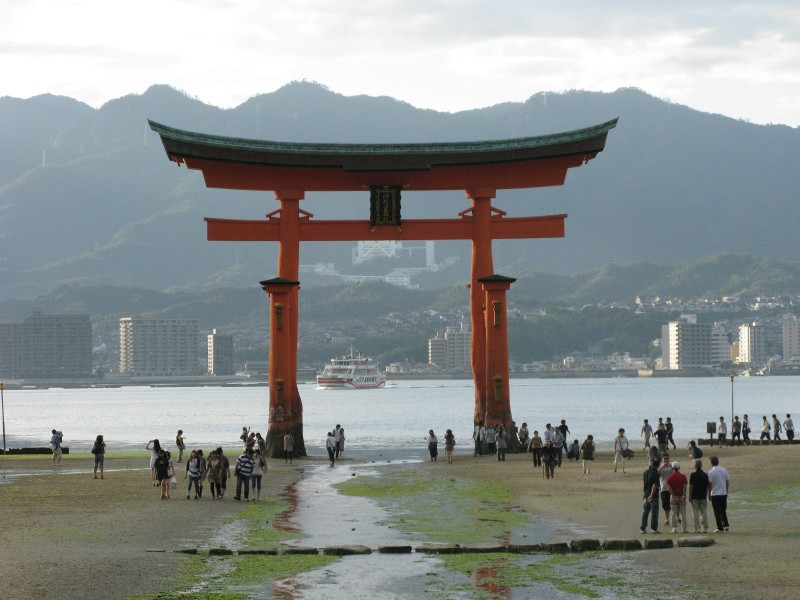 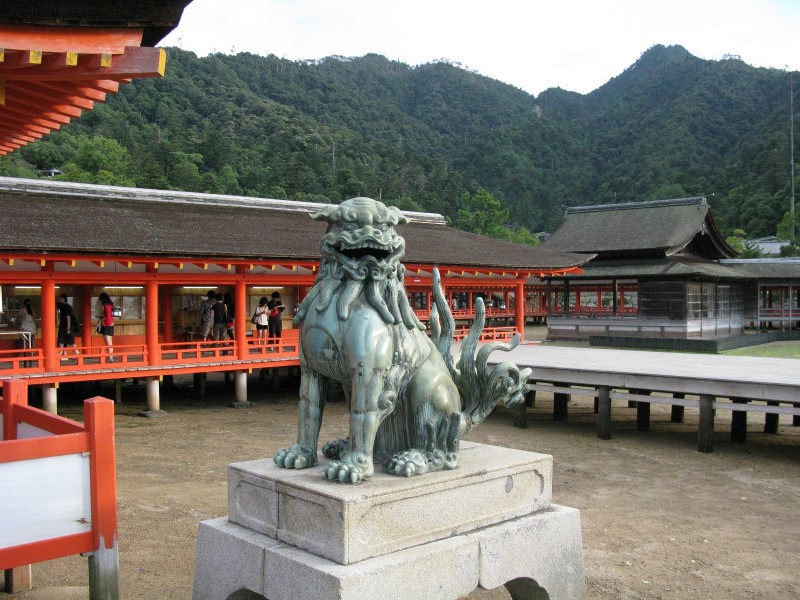 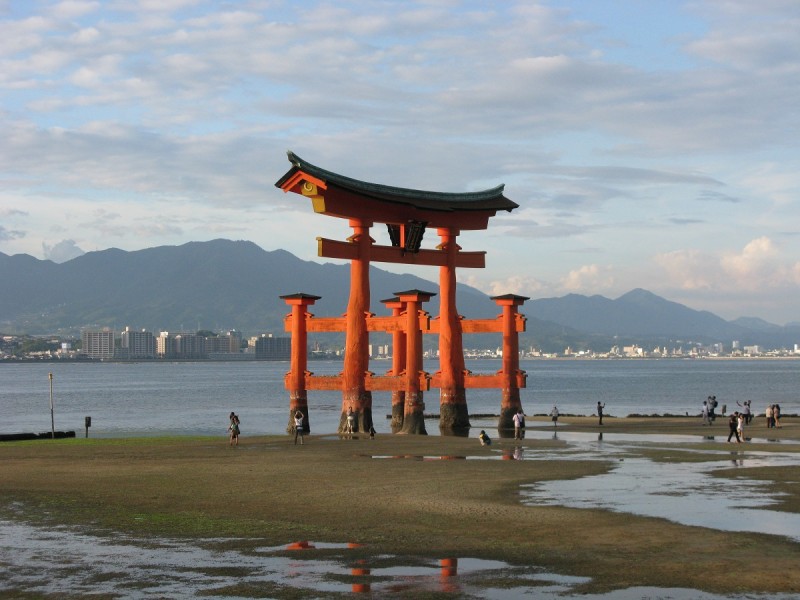 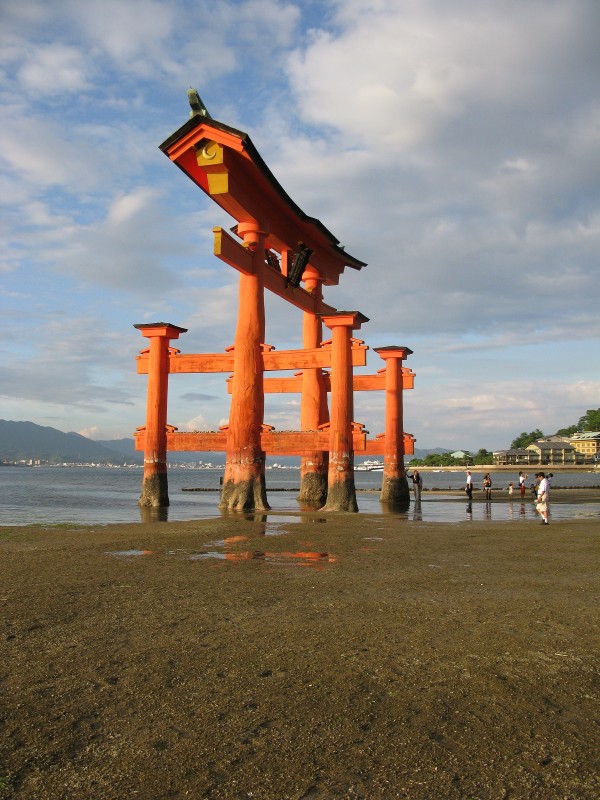 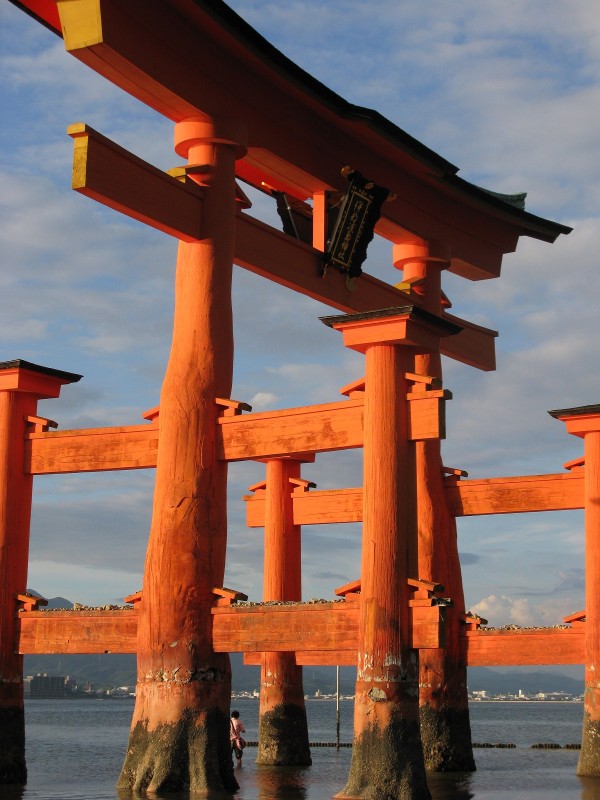 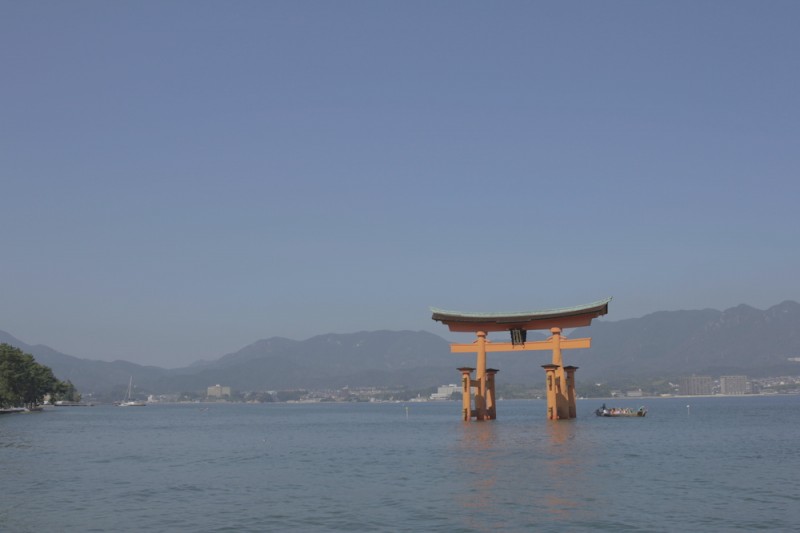 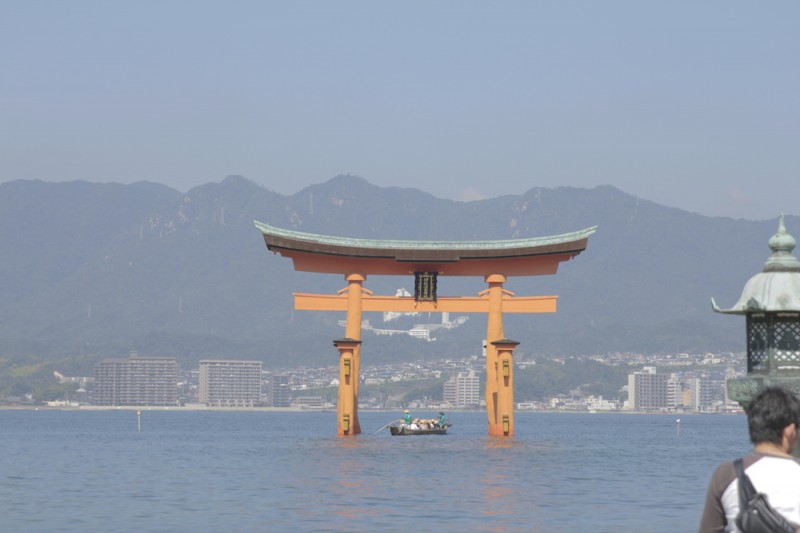 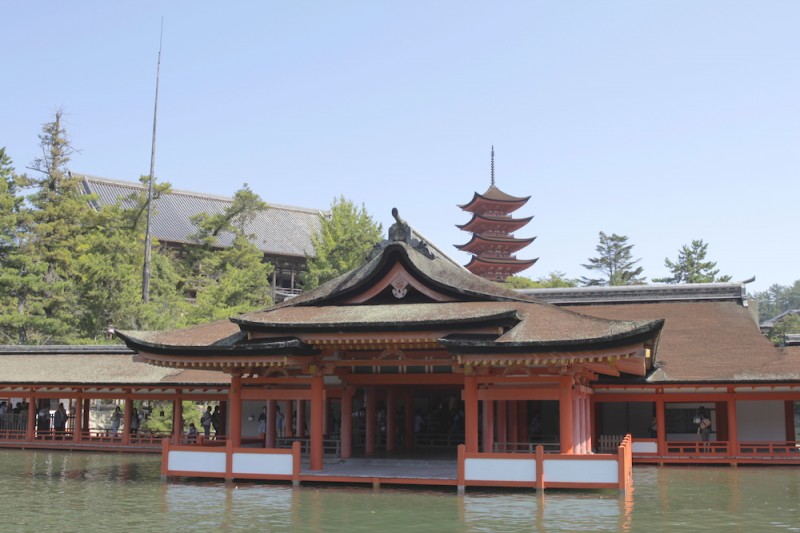 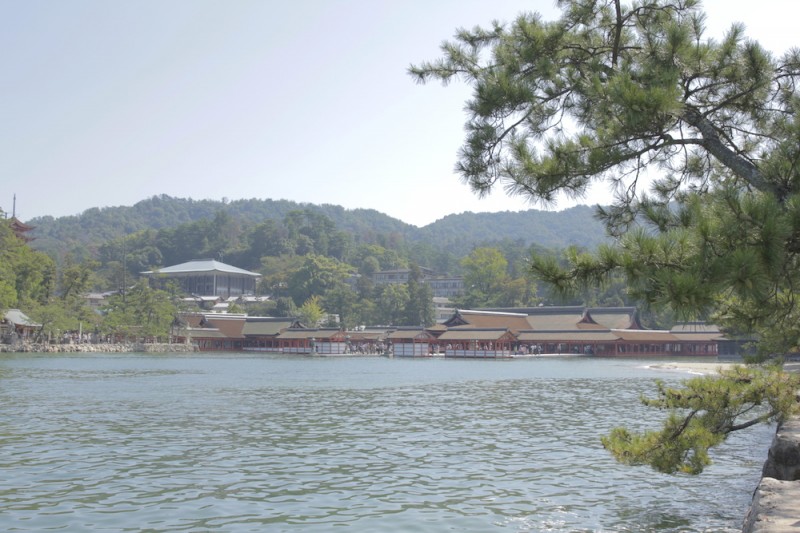