Please introduce yourself and your background.

My name is  Akira Mochizuki, I am a second generation Mochizuki doll maker and head of my own company.

Please tell us about your work.

My role is making and selling Hina dolls.

How long does it take to become a doll maker?

This is hard to answer however it depends on his/her motivation but it takes at least 10 years to become a doll maker. This 10 years figure is just an estimation as the artisan must work hard to become a fine doll maker. 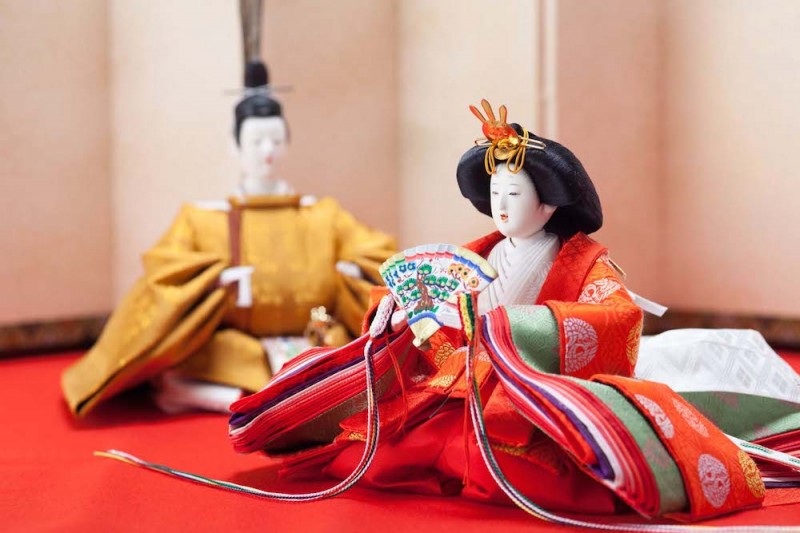 Can you tell us a bit more about the history of dolls?

Hina doll have a fairly long history, the origin of Hina dolls date back to the Heian era (about 1,000 years ago). Formerly, people believed the dolls could be used as a scapegoat to drive away evil spirits. So they made paper or straw dolls and set them afloat on a boat and down a river to the sea hoping that the dolls would take the bad luck or trouble away from them. They would observe this tradition every 3rd of March. At the same time aristocratic young girls in Kyoto played with dolls and other props which represented the Old Imperial Palace, where were made by paper and other wood, called “Hiina asobi (doll play)”. Gradually these two things mingled together over time so that it became a “Hinamatsuri (Girls day).” Today Hinamatsuri is celebrates girls health and happiness, however this kind of custom started during the Edo period. Before the Edo period the Hinamatsuri was a more serious and more spiritual event.

During the early Edo period in 1629, the Old Imperial Palace held a lavish Hinamatsuri (Doll Festival). From this point the inner palace of Edo Shogunate also started to do hinamatsuri too. Eventually this doll festival spread into towns and from the central city to the countryside. In the mid-Edo period this festival became more common and popular. People in Edo period started to celebrate “Hatsu sekku” for baby daughters. Gradually the types of Hina dolls increased . and many related props for dolls were also created and all of these items became more luxurious. The Edo Shogunate was enshrined in official records for the fact that they issued a proclamation to forbid ostentatious decoration for Hina dolls.

In the Meiji Period,  the new government noted this seasonal event and set new national holiday for it. This festival then temporarily fell into decay, however this festival had already become a firmly rooted part of life for Japanese people. 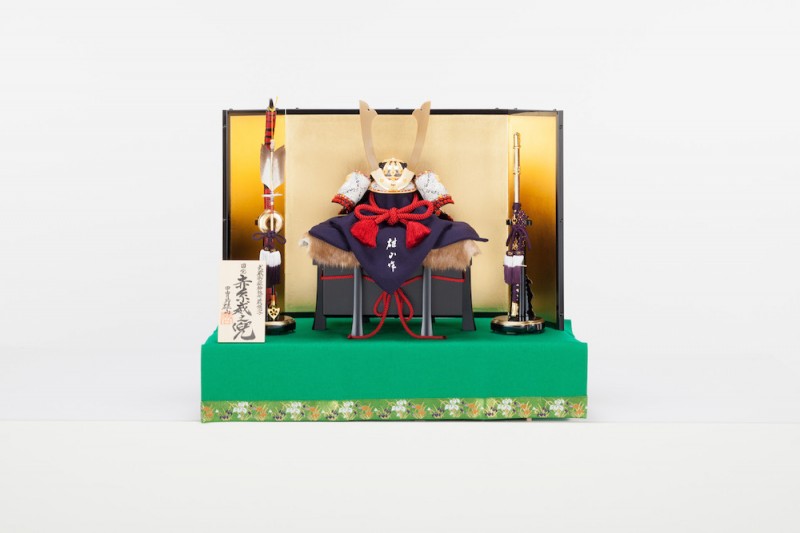 About Tango no Sekku (Boy’s day) held every May 5th.

Originally celebrated on the 5th day of the 5th moon in the lunar calendar. After Japan switched to the Gregorian calendar, the date was moved to May 5th. Tango no Sekku(端午の節句) literary means Seasonal event of the first horse season (“go” means horse and one of the twelve animals of the oriental signs of the zodiac). This event was begun in the Nara Period (710-794) and it is a really old festival. People in the Nara era in court during that period used to hold a seasonal event of praying for good health by decorating irises (Shobu=菖蒲) on the 5th day of May. Moreover it is believed that Japanese irises had special power and they used irises as a mark to welcome god. In the Heian Period, this day was important day for having an observance of praying against disaster. So they had an event called “Uma Yumi” (the ceremony of shooting arrows aiming at the target while riding a horse) for the removal of evil spirits. When the era turned to Kamakura, Tango no Sekku in the court went out of style but the samurai took over this event with a play on the words linking the irises “Shobu” (in Japanese 菖蒲) and militarism “shobu” (尚武=have a great value for way of samurai)  and it became a celebration for boys to have good health and strength. The custom of drinking iris sake and also having iris bath also has started in those days.

In the Edo Period, the Tango no Sekku became a more important day for the Shogunate. When a heir to the Shogun was born then people inside the castle celebrated with decorated imitated swords, flags, and samurai warrior helmets. Moreover, people in general had started to celebrate Tango no Sekku by imitating the customs of samurai families, this was coupled with the folk beliefs of decorating dolls as Katashiro (paper doll used in Shinto purification rites where the god stays). Furthermore, people living in Edo town put up flags with pictures of samurai in combat and also carp streamers.

This is how Tango no Sekku became the day to celebrate the birth of sons and was popular in samurai society and spread to town people. Imitated samurai armor, sword and samurai warrior helmets for Tango no Sekku were gradually pulled indoors and became delicate miniature figurines. Tango no Sekku has been cultivated in history and has continued until today.

How did Mochizuki Doll (望月人形) start?

I have heard that my father, Genzo Mochizuki, started this Mochizuki Doll shop around 1936 with his mother’s encouragement. However my father had never made dolls before so it was better to learn how to make first, but luckily he was clever in the use of his hands so he taught himself how to make dolls.

Where do your ideas for dolls come from? Where do you find the inspiration for your doll designs?

The Hina dolls design or shape during this long history may have slightly changed, but current doll’s’ design has been well established.I believe that it is wrong to change the shape of a doll or the design of a doll. We make Hina dolls in line with tradition and as a part of Japanese culture we do not need to make any changes for the dolls. Moreover, the props for Hina dolla also have  meanings and are enshrined. Thus we cannot add or change any parts.

What is the basic method for making a doll?

1.  Following an instruction book, we cut Japanese washi paper as lined material for the doll’s costume and glue this washi paper and costume textile together. This is then cut into the costume size. 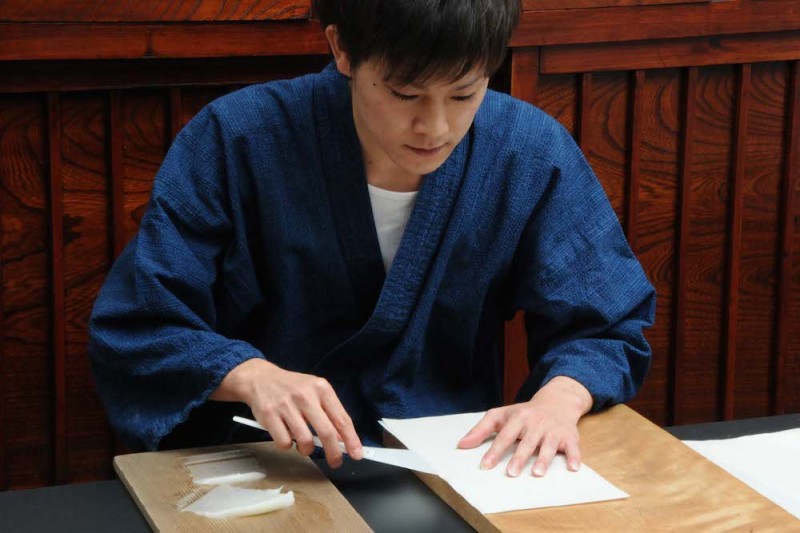 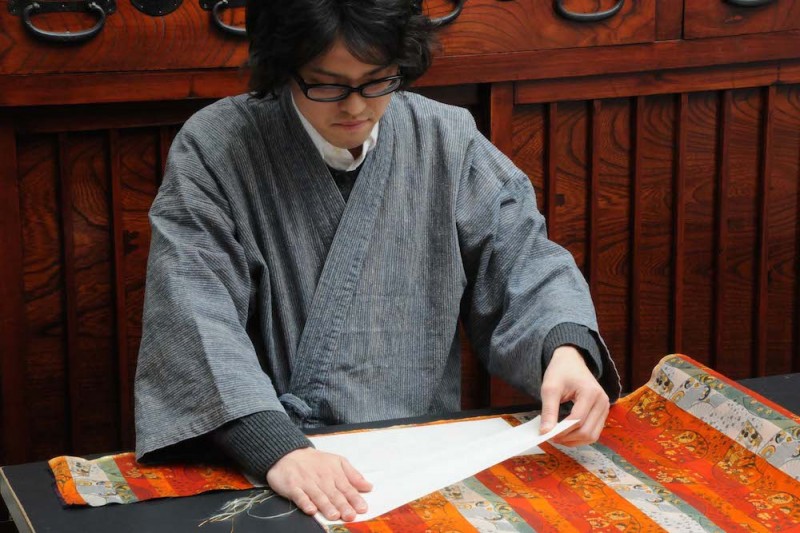 2. We seam up each part with either a sewing machine or by handstitching. 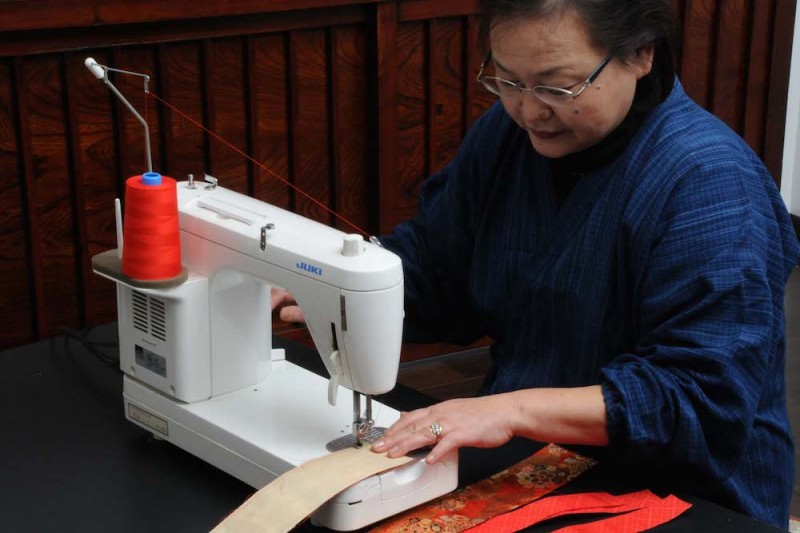 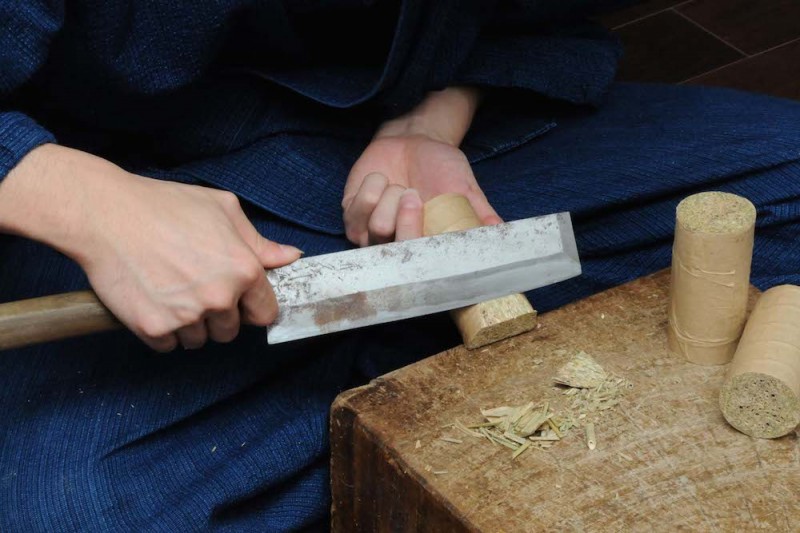 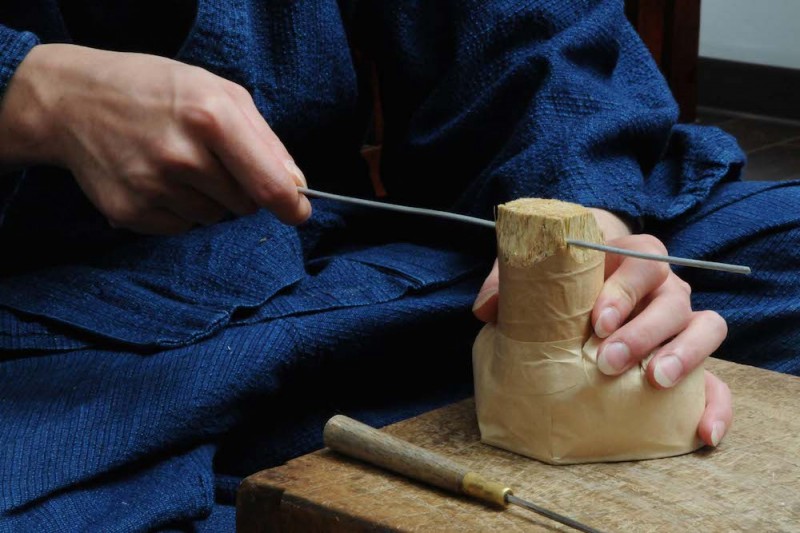 4.  We then add the costume to the doll’s body. After it has been dressed properly we put in the head and other props for the doll. 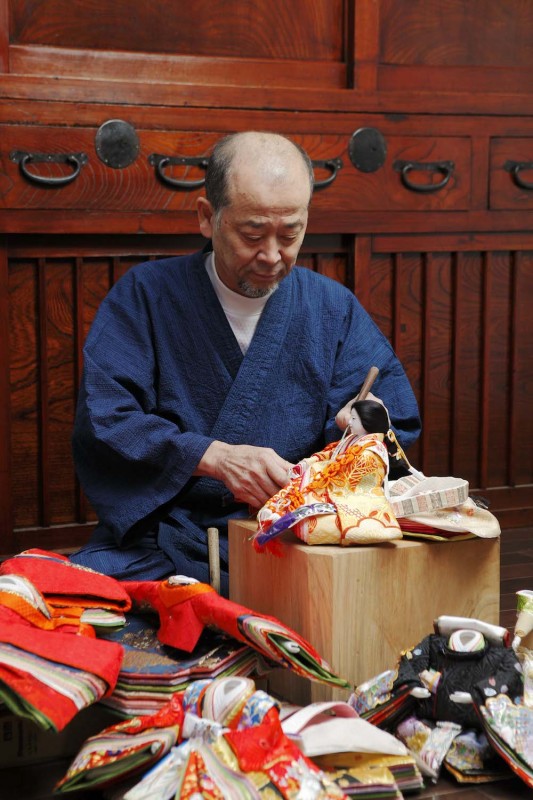 Do you have any exhibitions or events coming up?

We have an exhibition every year in May and October at our store. This is not for selling but for unveiling the exhibition. We show historical and old Hina dolls and old props for Hina dolls, furthermore we present the work of our store founder Genzo Mochizuki’s which took more than 10 or 20 years to make. Please come see our collection.

Finally, any last words for anyone interested in Japanese crafts?

There are so many dolls in the world however there is only one doll called “Ohina-sama (Hina doll)” and which is loved by all Japanese people, once, now and forever. We make dolls one by one with a lot of soul and in a traditional way. We wish that you can feel real Japanese beauty in our dolls and of course our Japanese tradition’s awe and respect. This is the happiest moment if we could help you to show Japanese tradition and have good memories. So please visit our store and see our dolls.