In postwar Japan a number of different holidays and customs were introduced into Japan, and adapted. One of those was Valentine’s Day, however this gained a twist in Japan as unusually it was given a twist as rather than conform with Western countries it became a day for women to confess their love to men with a box of chocolates. This was part of a clever marketing strategy to boost chocolate sales in Japan. Over time this has developed so that all kinds of gifts are available to give to your loved one, and in the 1970s a company in fukuoka launched a counter offensive by marketing the 14th of March as Marshmallow Day. This has evolved into White Day, a day for men to give white chocolates to their loved one.

You might wonder what you could expect if you were in Japan on Valentine’s Day, if you are a man you might be thinking that if you are a popular guy then you can expect lots of chocolates. However, it isn’t as simple as that. It is also customary to give chocolates to work colleagues, though you should check carefully what brand of chocolate you have been given as normally it would be something fairly cheap, but if they are an expensive type then your work colleague might be telling you something! In other countries it might seem odd that people who are not in a romantic relationship give chocolates to others, but in Japan it is a societial mentality that no one should be left out. Even if it is just cheap chocolates, at least everyone receives something. 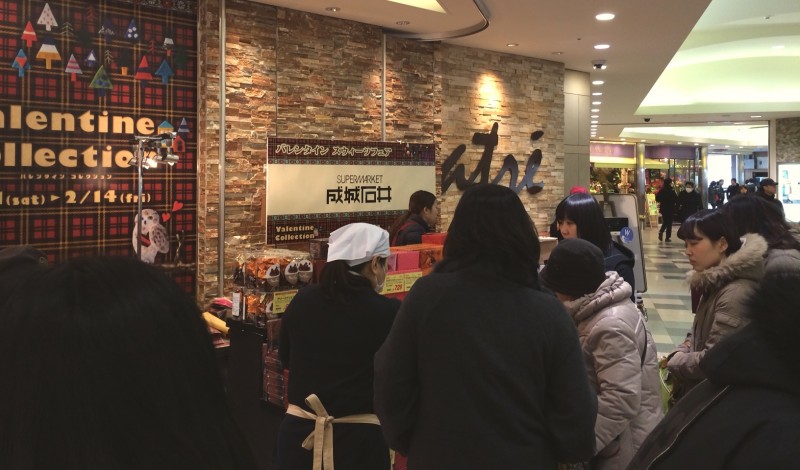 Other options that can happen on Valentine’s Day can also include girls giving their female friends chocolates, in this way of thinking girls can enjoy the chocolates together. As more people have become aware of customs abroad some men have also started giving gifts to women rather than wait for the 14th of March, or maybe some lucky girlfriends and wives get chocolates on both the 14th of February and the 14th of March! You might now feel a bit confused about what you are to do on this day in Japan, basically the safe course as a woman is to give chocolates to male friends and your boyfriend/husband, but this doesn’t stop you buying chocolates for yourself as well. As a man you can be lazy and just accept what is given to you, but I think you might find your loved one will be very pleased if you give her a gift or take her out for dinner.

If you are outside of Japan you may wonder what exact kinds of chocolates and gifts people give to each other, and what Japanese chocolate is like. Luckily these days many Japanese supermarkets and companies have opened abroad, for example in London you can go to the Japan Centre. This fascinating place which is one of the cornerstones of Japanese culture in the UK originally opened as a book store in the 1970s but has since also become a supermarket, bakery, deli, restaurant and more. Anyone who wants anything Japanese in the UK tends to think of Japan Centre first, whether it is online or by going to their store.

In other words, the Japan Centre is a great place to check out Japanese Valentine’s Day gifts! One item is Lotte Ghana’s Ghana Ripple chocolate as shown below. As you can see the packaging has been designed to show that this is no ordinary chocolate for kids, the big heart on the front is perfect for conveying your love to someone. This is one of the most popular brands in Japan, and if you have never tried their chocolate then I would really recommend it so that you can get a taste of Japan (alternatively you will need to tactfully mention it to your partner). 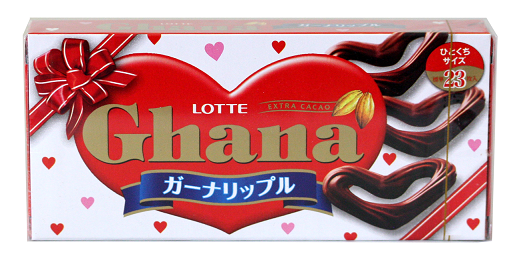 You may be thinking that if Valentine’s Day in Japan is a day for women to give gifts to men, and if there are guys who don’t particularly enjoy chocolate, then what do people do? Well, although typically the gift of choice is chocolate there are many other options too. An image you might see in many films and TV programmes is that of men drinking sake, so of course sake is a good gift too! There is nothing quite like getting sake as a gift, in particular if it has been made just for Valentine’s Day! In addition Kitkat and it’s many different flavours in Japan as became quite famous, so even if something doesn’t particularly enjoy chocolate they can still enjoy this unusual gift.

To enjoy this special taste of Japan again in places like Japan Centre outside of Japan you can find special gift sets like the below. Japan Centre combined a sparkling junmai daiginjo sake fermented in bottle, this saiginjo sake is made with rice that has been polished to 50% of its original size, with matcha green tea Kitkats on which you can write a message on the back. Anyone can sit back, drink their sake, and try this unusually flavoured kitkat and feel like they are in Japan. In fact rather than buying it for someone else you might want to have this one for yourself! 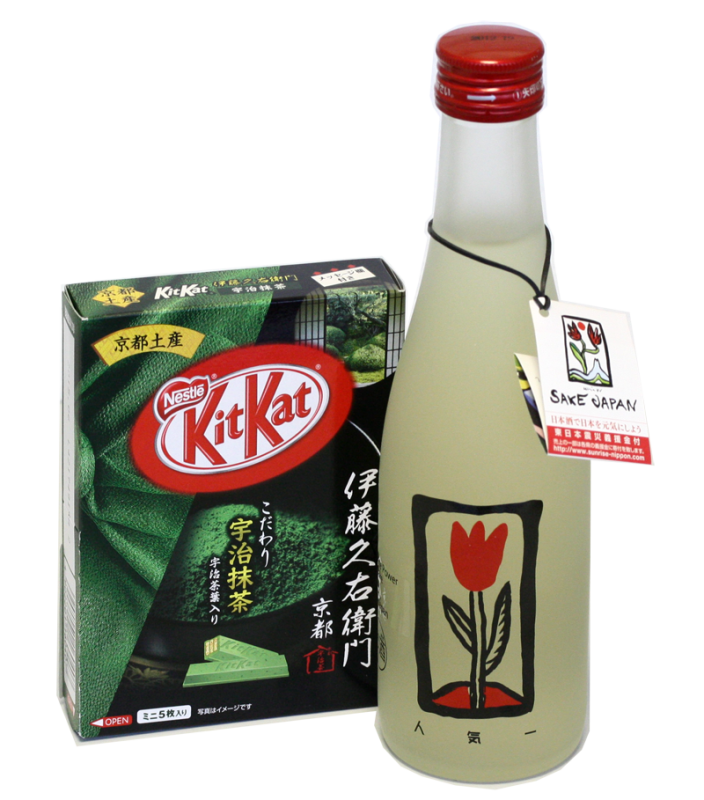 Of course, outside of Japan it isn’t usually the case that women buy chocolates for men on Valentine’s Day, so if you are a guy and want to give your girlfriend or wife a Japanese themed gift which isn’t chocolate or sake you are probably wondering about your options. The clever people at Japan Centre came up with the unique gift set below of Hello Kitty baking items. Although, you may also want to give this to someone who has kids so that they can have fun together! 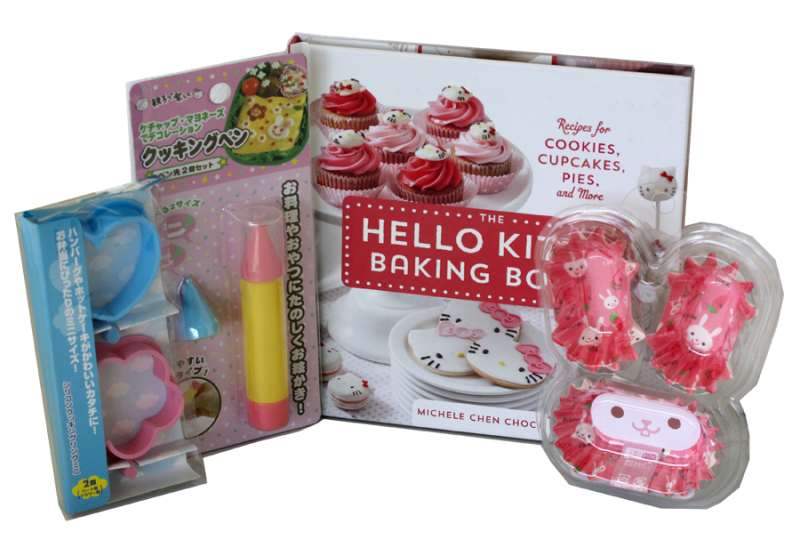 As we can see, the 14th of February isn’t very clear cut, there are competing customs alongside a bewildering array of gifts. White Day, 14th of March, does bring balance to the 14th of February, but of course girls like to be spoiled and in an ideal world girls would get gifts in February and March! Some flower companies have started marketing Valentine’s Day as the day to give your girlfriend or wife flowers, so this adds another dimension to this day! If you are in Japan you can marvel at the array of products that can be gifted to others, but even if you are outside of Japan you can experience a little of the Japanese love spirit. Furthermore, maybe we can see if White Day starts spreading abroad, in the case of anyone in the UK maybe you can check out whether Japan Centre starts a new British tradition by selling white chocolate! 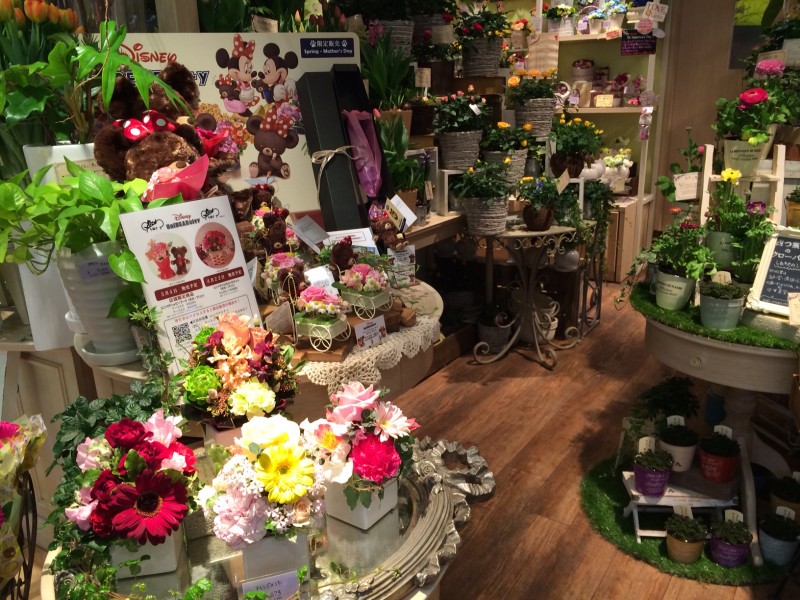 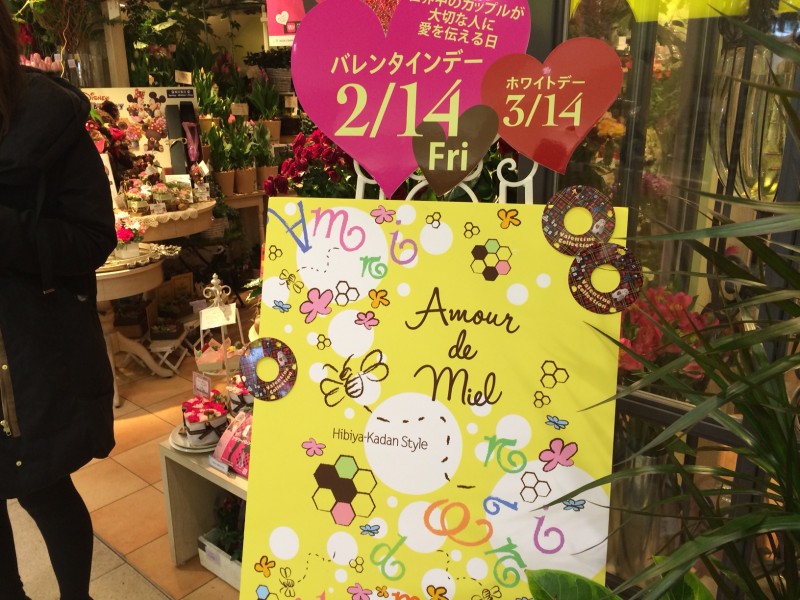 Japanstore would like to express its appreciation to Japan Centre for helping with this article, and our gratitude for their work in spreading Japanese culture abroad!