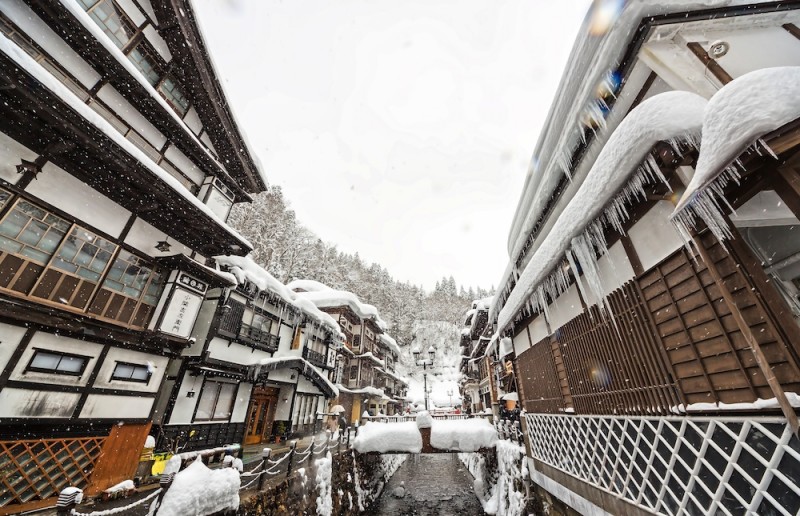 Onsen are also hot spots of Japanese tourism. Previously we have introduced Kokeshi Dolls, the reason that wood craftspeople started making these were because in the winter they received less orders from customers. As they were based in onsen villages they noticed that a lot of people came to stay in their village during the winter in order to enjoy the onsen, and they realised that they could make products to sell to these visitors. Although now it is more of a collector’s item at the time Kokeshi Dolls were made for the children of the families that were coming to the onsen. 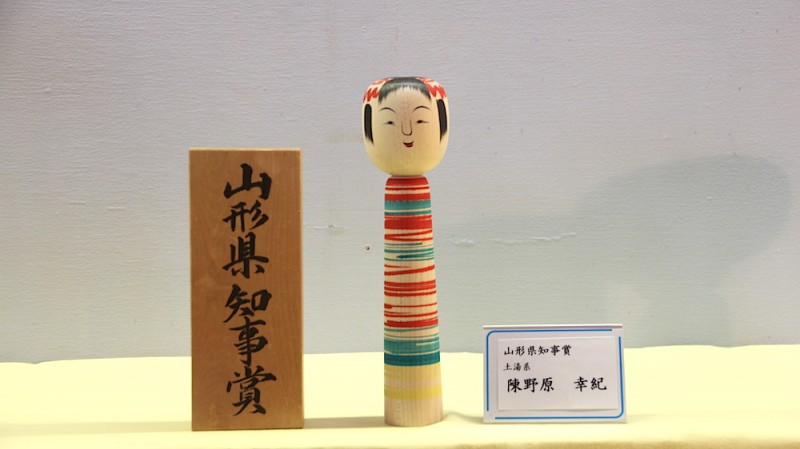 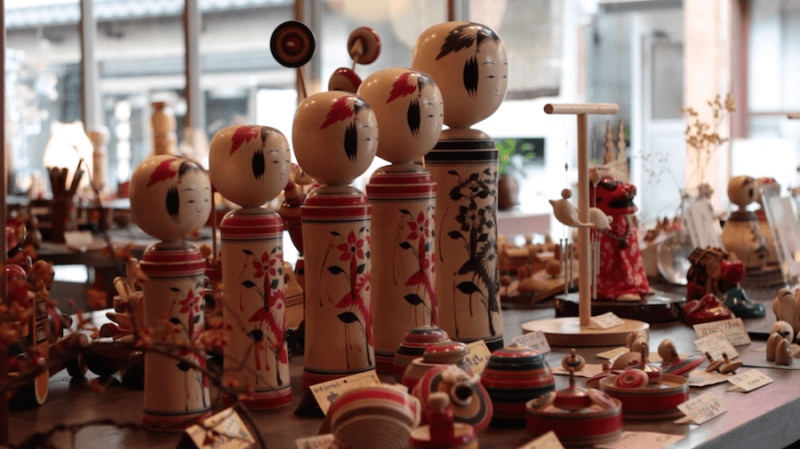 There is a strong tradition in Japan of going to an onsen, as such for foreigners it is always recommended that they try it. However, for people using an onsen for the first time they may feel confused, especially as they are a world away from the hot springs of Europe, and also as they don’t know the rules for properly enjoying their visit.

The general rule of thumb when using onsen is as follows:

Before entering the onsen

For all onsen, clothes, including swimsuits, are not allowed inside. You have to remove your clothes and put them in a locker or basket which is provided. You can take a small towel with you either for drying or modesty. However, remember not to try to use the towel when you enter the hot water of the onsen, just leave it to one side or if it is a very small towel you can place it on top of your head. 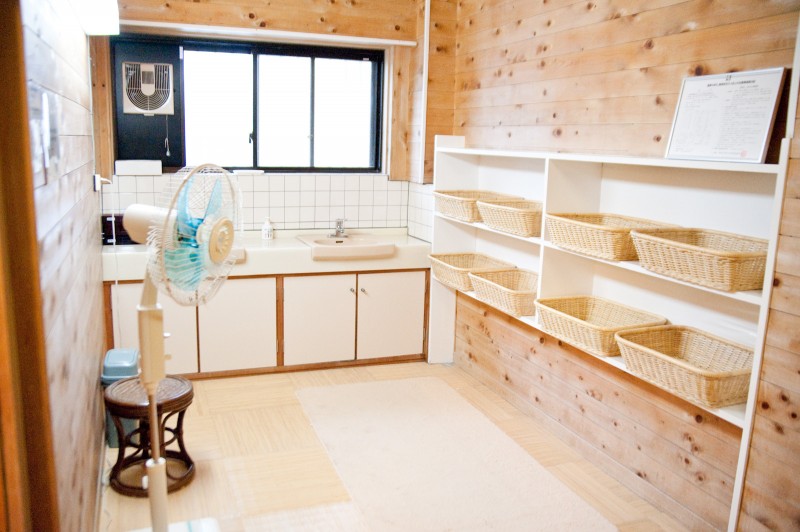 Wash and warm up your body

To let your body get use to the temperature of the onsen, and also for hygiene reasons, onsens always have a shower area. Quite often this will consist of a normal shower set up with a small bucket, this can seem quite strange to foreigners who are used to standing and having a normal shower. Normally you should sit on the bucket and then wash yourself thoroughly, and rinse yourself from head to toe. More traditional onsen might have a different set up with an area equipped with stools and buckets for washing. Please note not to splash others while cleaning yourself. Once you have done this you are ready to enter the onsen. 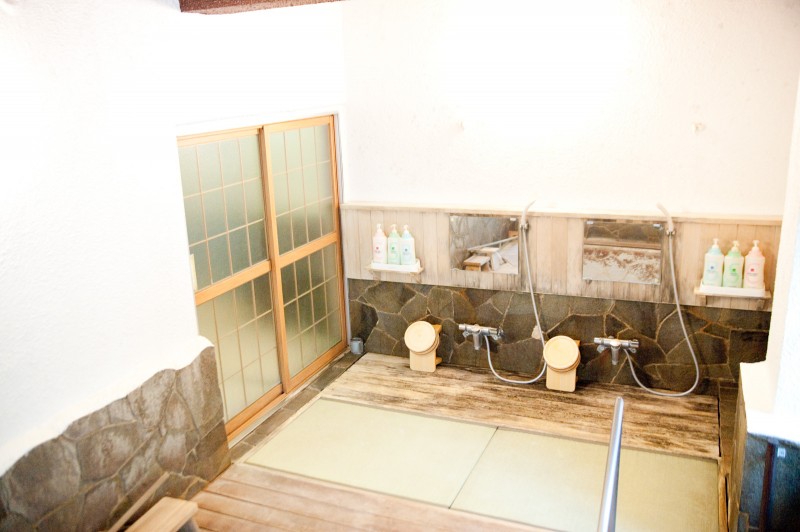 Start from the shallow end

Soaking the whole body into hot water quickly can be a strain on our bodies. Ideally, start from the shallow end of the onsen.

It is best just to enjoy a moderate amount of time in the onsen. Don’t stay in the onsen for too long, take a break at the edge of the bath when your forehead starts to sweat a bit or after 10-15 minutes.

In Japan, the onsen is believed to have medical benefits from its mineral content. Therefore, just dry yourself with a towel after the onsen, so the minerals remain on your skin.

Make sure you have enough water to avoid dehydration and keep yourself warm so as not to catch a cold. Then relax and wind down for a nice rest.

Another thing you may find useful is to check the sign every time before you go into onsen. Most onsens separate male and female users. Some resorts/ hotels exchange baths for women and men in the morning so the visitors can enjoy different views from their onsen. (The sign for the women’s bath is “女湯”or”御婦人”, and for the men’s is “男湯”or”殿方” ) 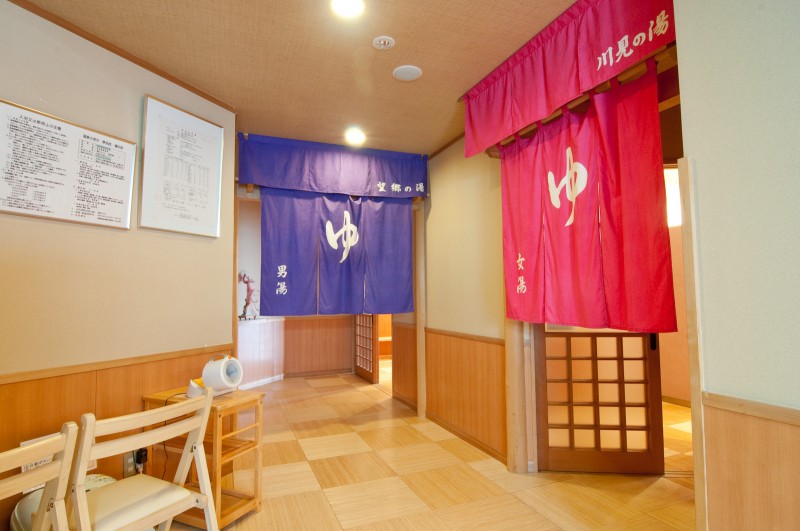 It would be a truly unforgettable trip if you open the wrong door.

Besides the previously mentioned two types of onsen, traditional and artificial, onsens are also divided up by the minerals which are found in the water. Not every onsen is the same:

These are actually the ones which are normally found in Japan, they are colourless and it is impossible to produce a lather with soap. They retain heat quite well and are known for helping with lower back pain and circulation.

These are milky-white in colour, and feature a strange smell. However, they are known for helping bronchitis and chronic dermatitis.

These can be found in the most volcanically active areas of Japan. It is believed that they help skin disease, athlete’s foot and hives.

This is a type of sulfate spring which looks similar to a salt spring but which contains sodium. This can help hypertension and  wounds.

These springs have sulfuric acid ions and contain large amounts of minerals such as copper and manganese, which are good for anemia and for the skin.

These can have  up to 20 mg of iron ion for each kilo of water, which when exposed to air can oxidize and turn a reddish color. This is good for anemia and for the skin, and also this kind of water heats up your body quite quickly.

This one can sometimes irritate your skin, as such if you have sensitive skin you should wash your body with regular water after bathing in the onsen.

These consist mainly of hydrogen carbonate ions, and are very good for your skin. They are famous for having a beautifying effect.

These typically contain thoron or radon which have a strong sedative effect, and so are particularly effective at easing neuralgia, rheumatism and menopausal disorders.