Hyper Japan has come back to London for the 6th year in a role and this year it was bigger than ever with many exhibitors, workshops, events and performers. Hyper Japan is best described exactly as its organisers have stated:

A dynamic blend of traditional and modern Japanese culture, HYPER JAPAN offers something for everyone, whether you want to discover new hot music artists, or discover the latest up and coming performing arts – play dress up with the latest kawaii fashion, judge the very best sushi chefs in the UK, or sample the delicious sake on offer – HYPER JAPAN is a truly unique event that offers something for both the dedicated Japanophile, and those not so familiar with Japanese culture. 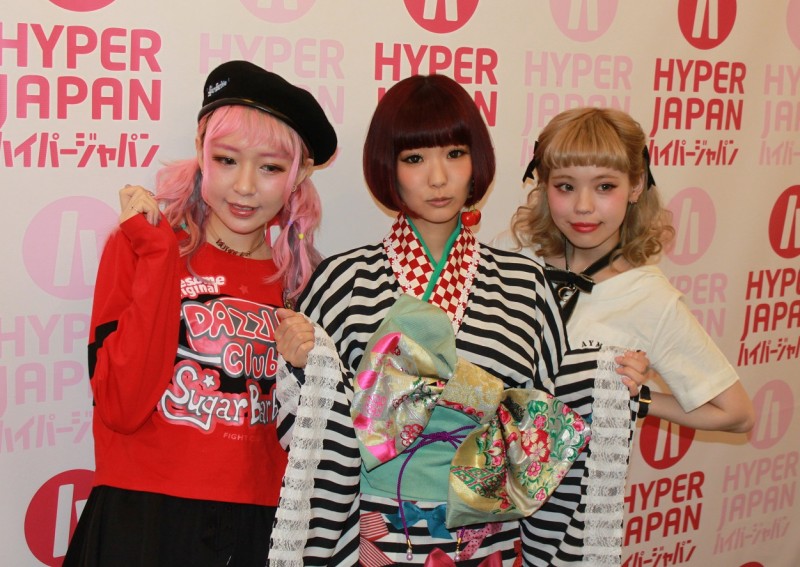 This years event was at London’s famous venue, Earls Court One, and included several dedicated areas:

HYPER Game and Anime Park –  This had a huge selection of manga & anime, games, figures, merchandise and included special events for cosplayers.

Eat-Japan – This included sushi created by the UK’s top sushi chefs, Sake stalls, and Japanese street food stalls where it was possible to eat takoyaki balls, curry, ramen and more.

This three day event attracted tens of thousands of visitors and in this article we will explore the amazing Japanese crafts and culture related stalls that we came across.

One of our first stops was Clover Lee’s stall in the Hyper Fringe Market, Clover Lee makes Japanese style pottery and manga – she is a very talented artist! We originally interviewed her in December and we have recently published an article about her stall at Hyper Japan. 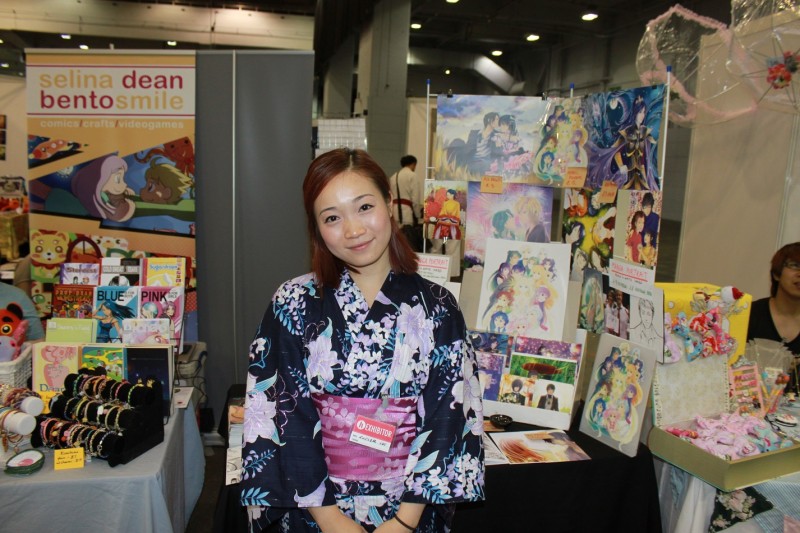 We next visited a stall run by the Federation of British Bonsai Societies, they are often Gold Medallists at the Chelsea Flower Show and are true masters of carefully guiding the growth of bonsai plants:

For those people who don’t know so much about Japanese Bonsai we previously introduced this subject here: 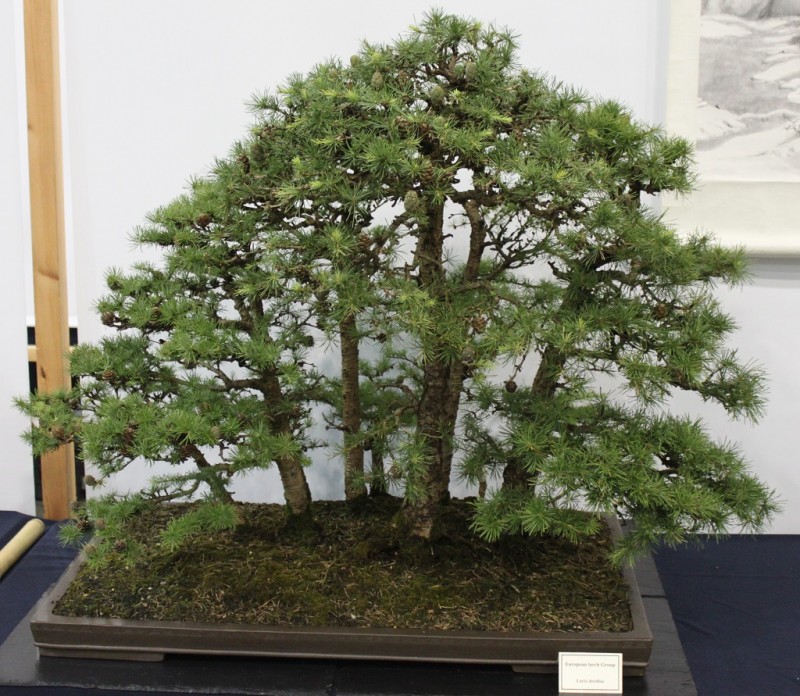 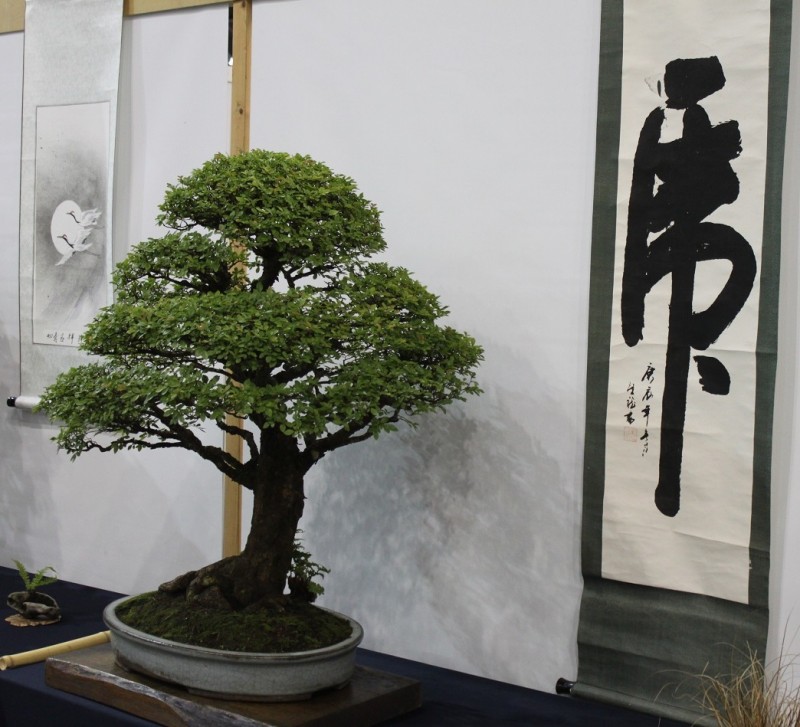 It is not well known, but Japan does have a history for robotics, or a version of it, for example Karakuri Dolls which we introduced previously here: 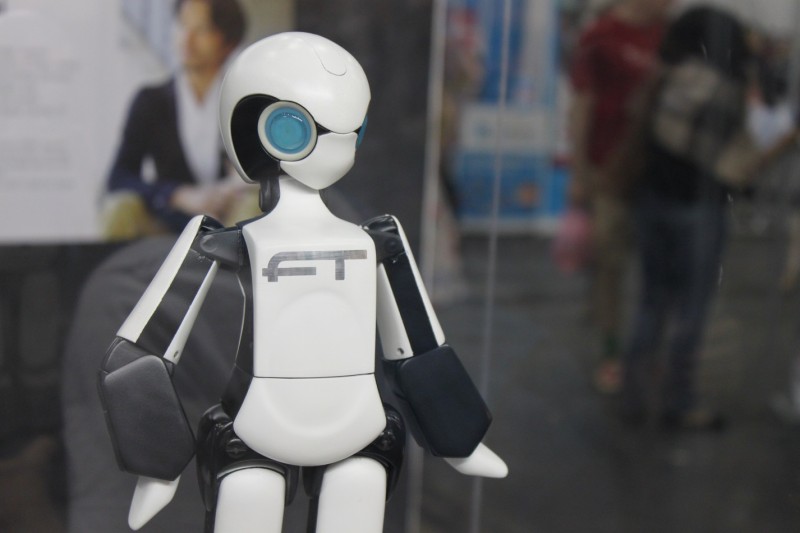 One stall that we absolutely loved was Sakuragoromo (hand-dyed silk fabrics from Kyoto) and Lacquer Crafts (made with natural Japanese urushi sap) by Atsuko Yamamoto and Tamaki Matsuda. Sakuragoromo is an original label by Atsuko Yamamoto, her fabrics are 100% silk, woven on Kyoto’s traditional looms, and Tamaki Matsuda, who studied at the Tokyo University of the Fine Arts in the Urushi Art Department. 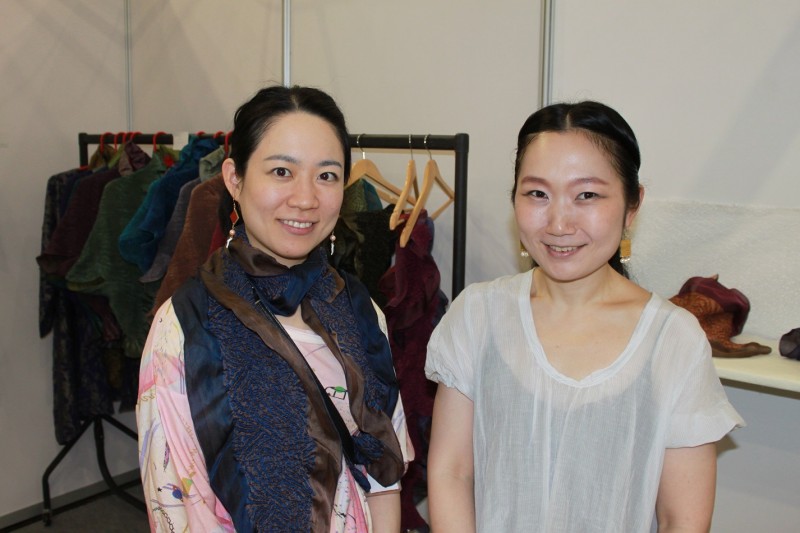 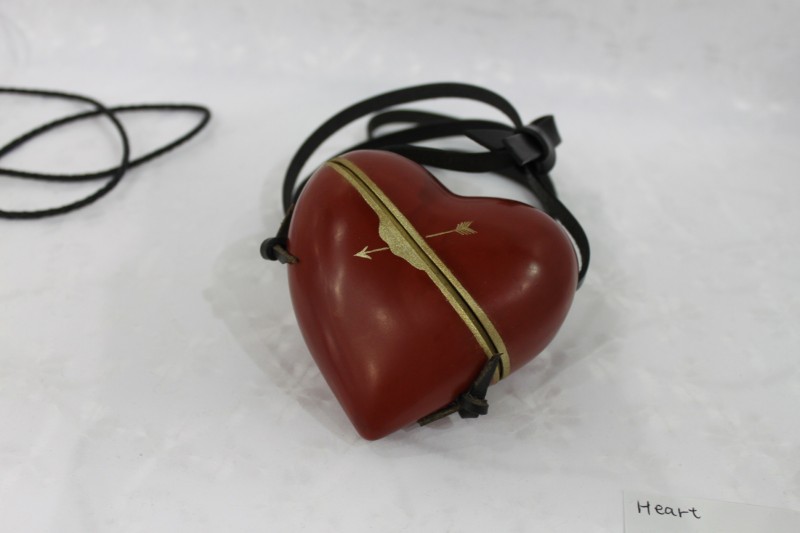 Iron Kitchen is a relatively new company which imports cast iron teapots from Iwachu Japan, they strongly believe in how important a great teapot is for having a good cup of tea. They explained that these traditional Japanese teapots keep tea warmer for longer, help the tea taste better and importantly are imported directly from the IWACHU factory in Japan – each teapot displays the IWACHU trademark as a guarantee of their superior quality. 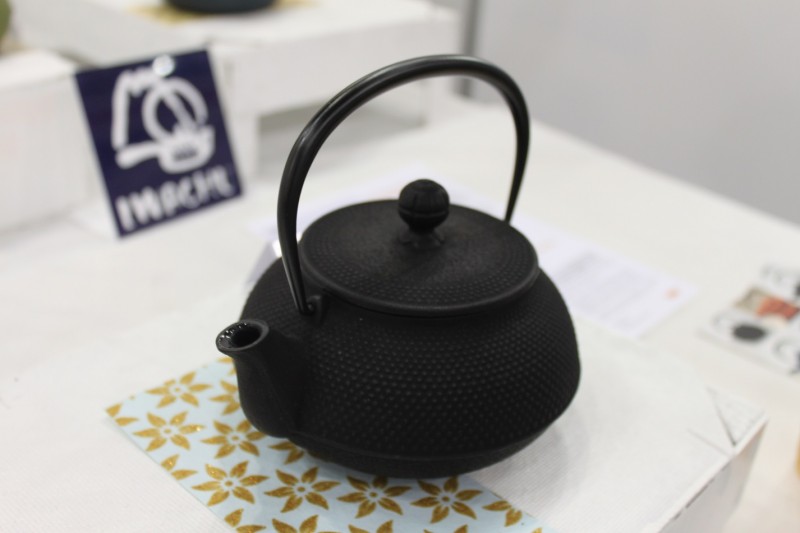 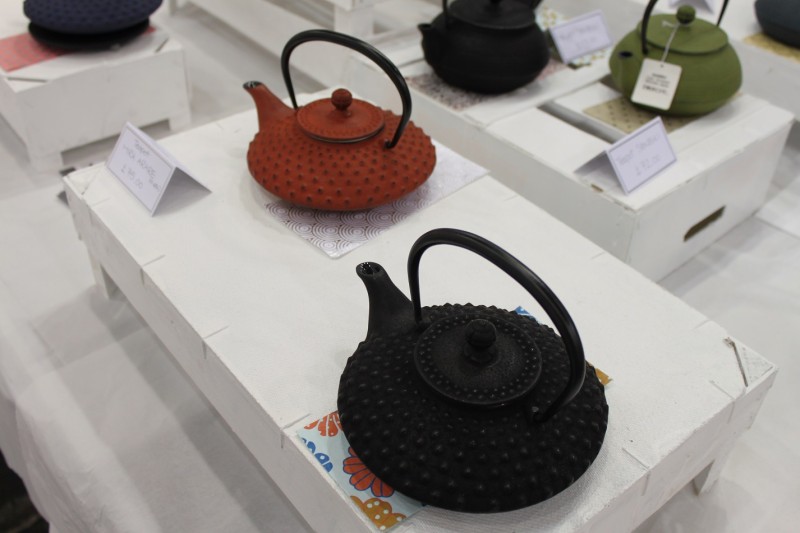 A very popular, and big, stall at Hyper Japan represented the Joshibi University of Art and Design, located in Suginami and Sagamihara in Japan. It was the first art institution in Japan for female students and is also the oldest private art school. This university has many famous alumni such as Nagi Noda, Yuko Yamaguchi and Aki Kondo, and it also has its own museum, the Joshibi Art Museum (JAM) which opened in 2001, its own art gallery, Joshibi Galleria nike which opened in 2012, and also a gallery in Shanghai, Joshibi Art Gallery in Shanghai which also opened in 2012. 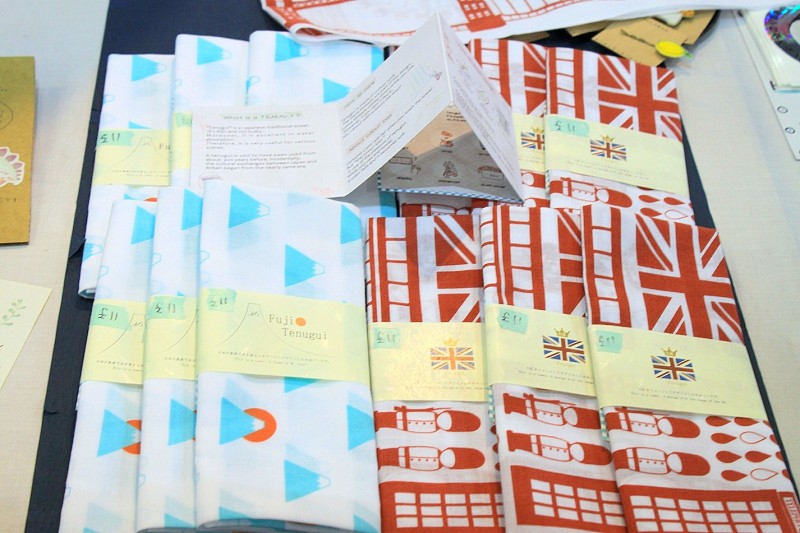 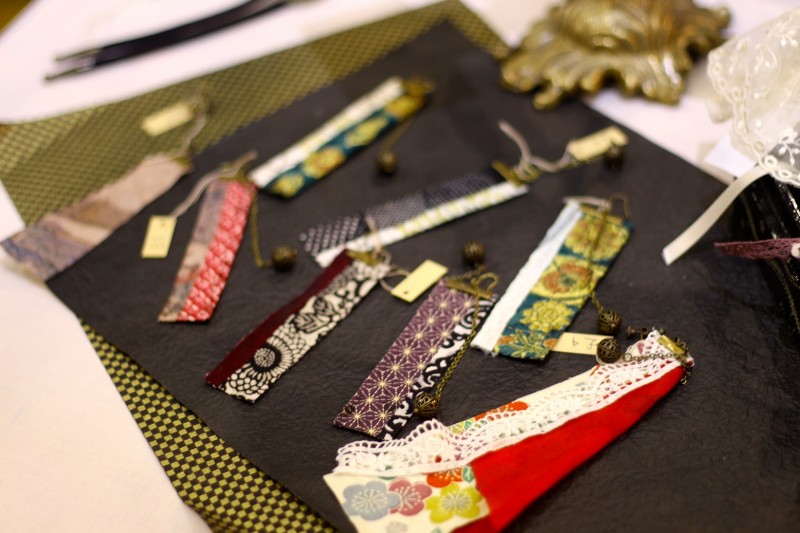 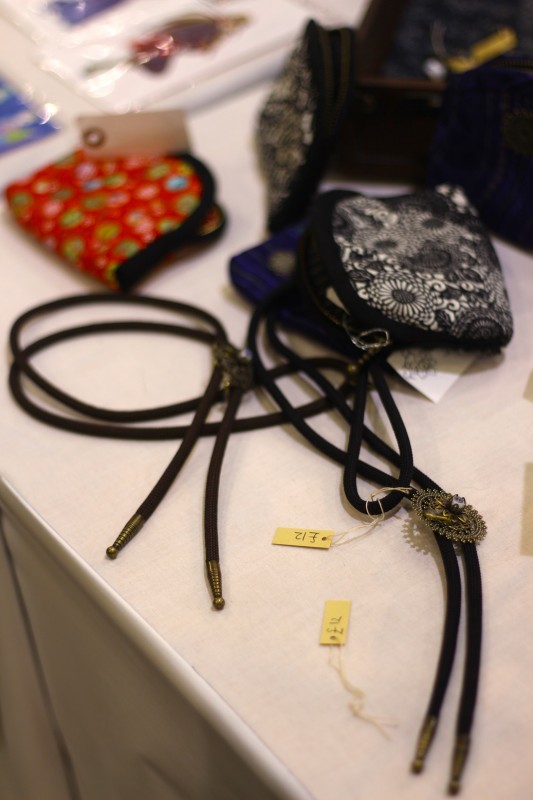 Another stall that we found very interesting was by Japan Craft – Japanese Puzzle Boxes, it was only last month that they opened their first shop in Camden, London and were recently also exhibiting at the Japan Expo in Paris. They sell puzzle boxes, known as Himitsu-Bako, which is an enclosed box with no opening and from looking at it you can’t tell which is the top or bottom. It is only possible to open it if you use an exact step-by-step procedure such as pushing or pulling a certain side at a time. It takes from two to a hundred and twenty eight moves to open a box.The earliest accounts of this craft date back to the Edo Era! 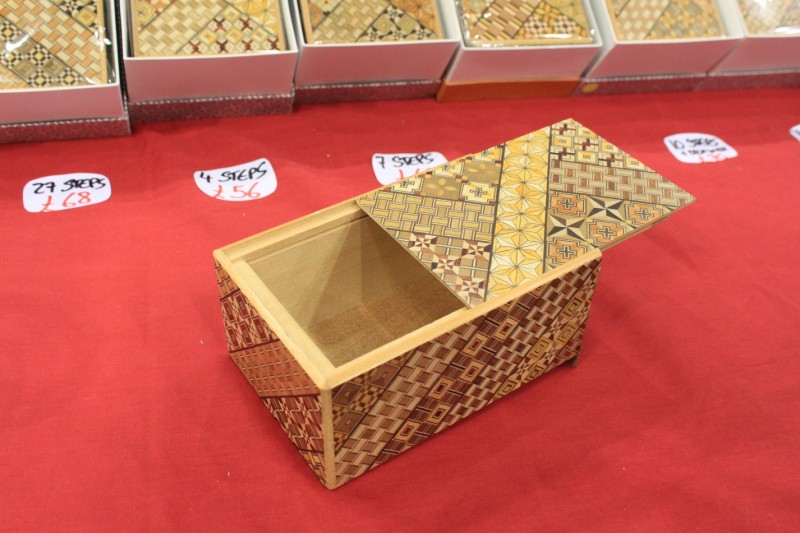 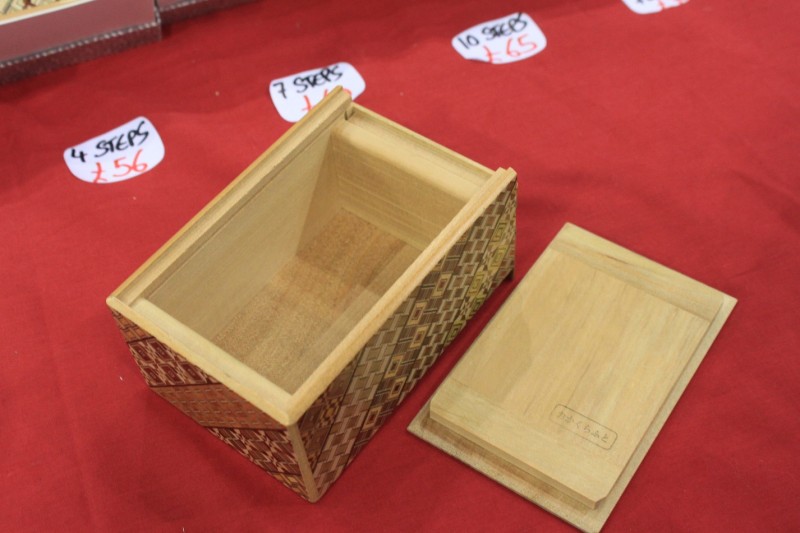 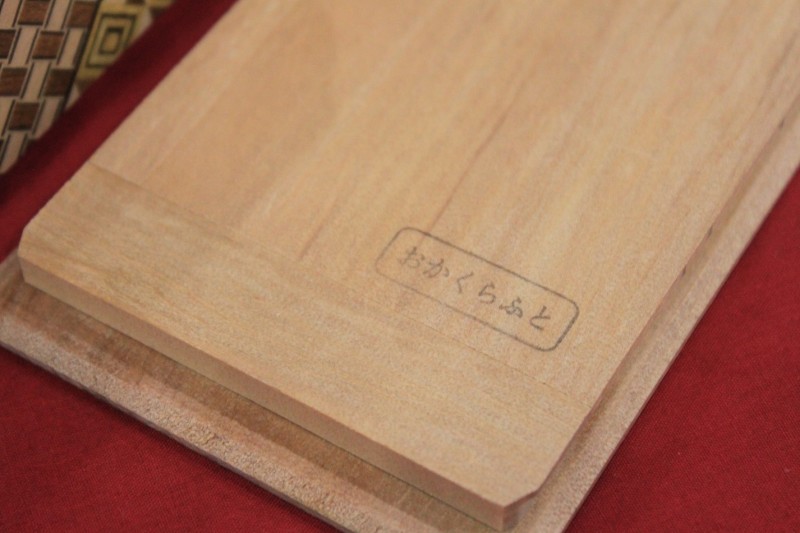 Outside of crafts there were stalls selling traditional Japanese sweets, we have previously introduced Wagashi, a Japanese kind of sweet which dates back to over 300 years ago, and at Hyper Japan lucky visitors could buy this kind of candy from Japanese company Minamoto Kitchoan. We previously visited their London shop when they had a tea ceremony event: 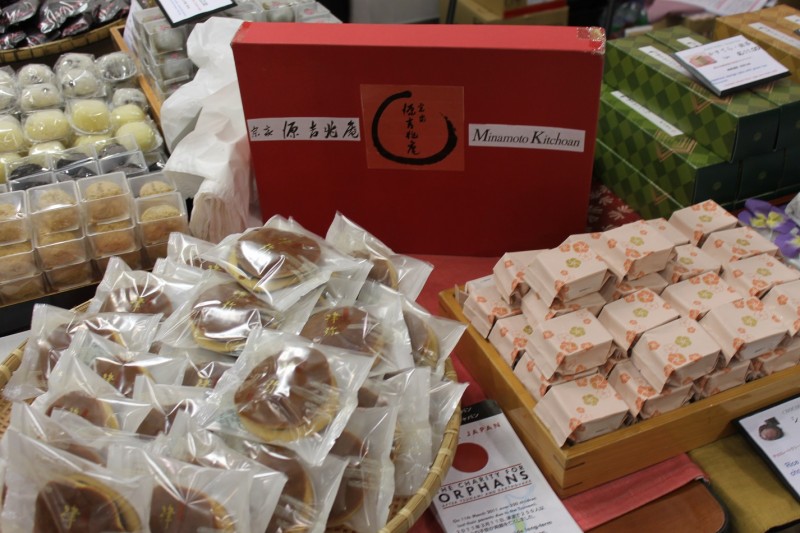 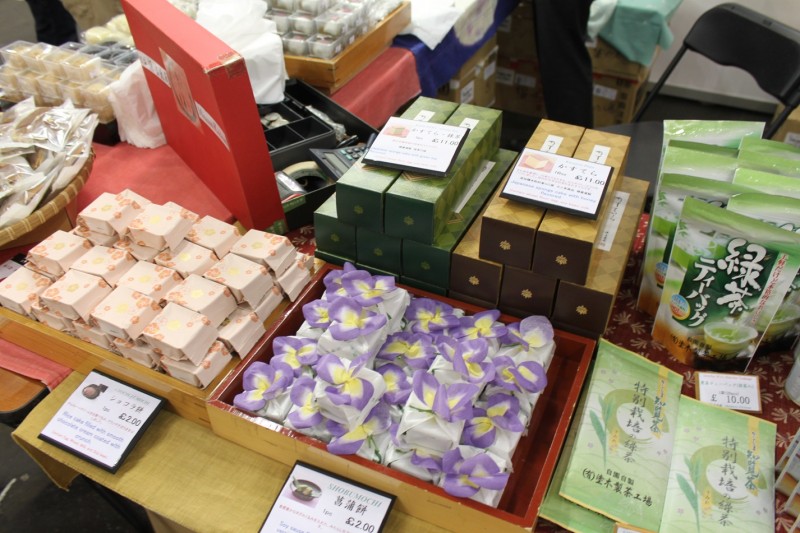 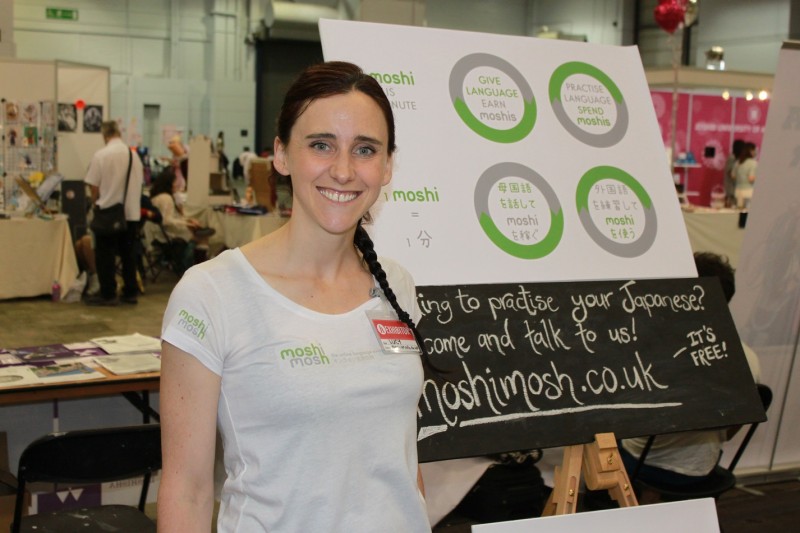 Of course the other thing about Hyper Japan is spotting all the people wearing gorgeous Japanese clothing, though if you are unfamiliar with traditional Japanese clothing you might want to read through our introduction first:

Even Clover Lee was dressed with a beautiful Obi: 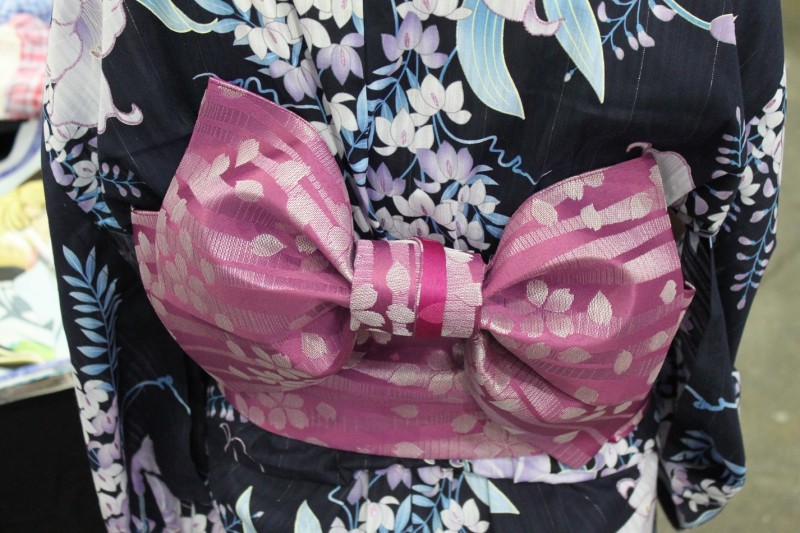 And she wasn’t alone! 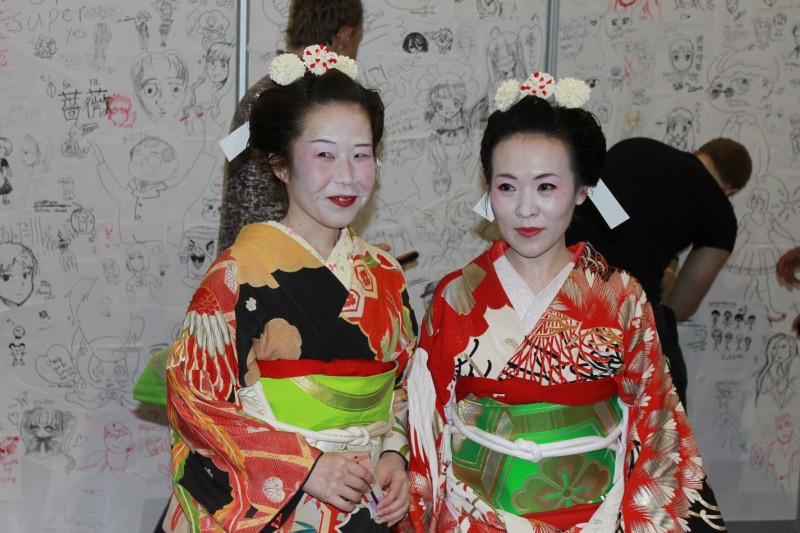 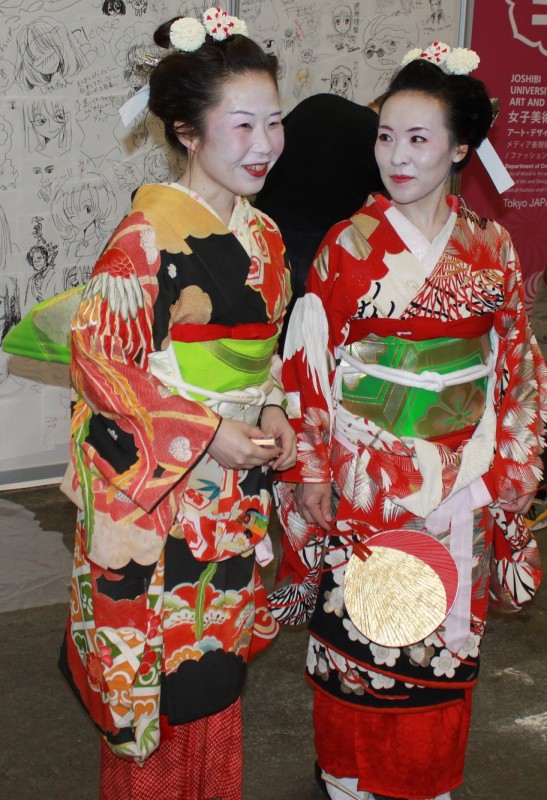 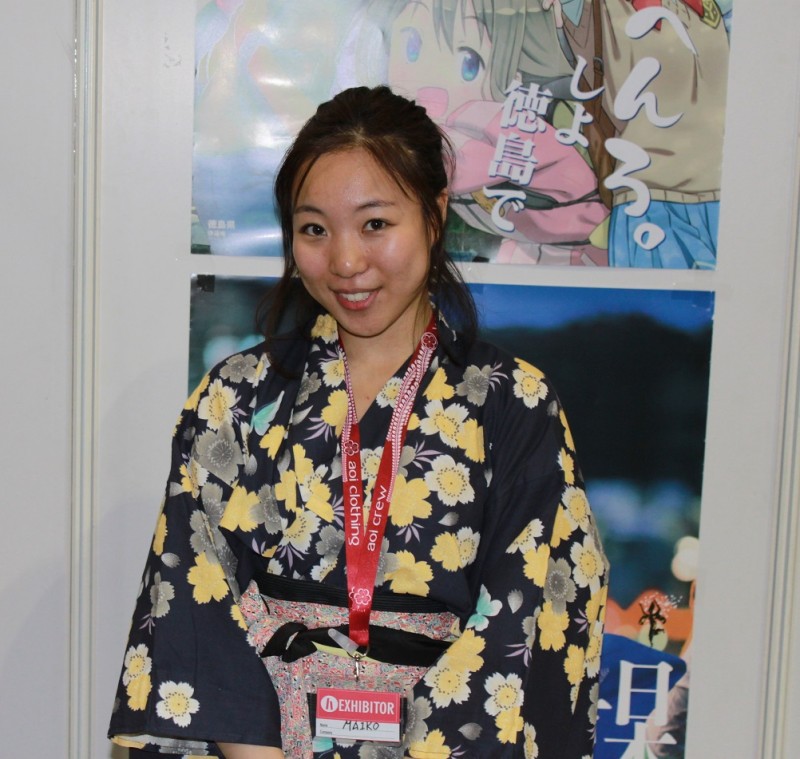 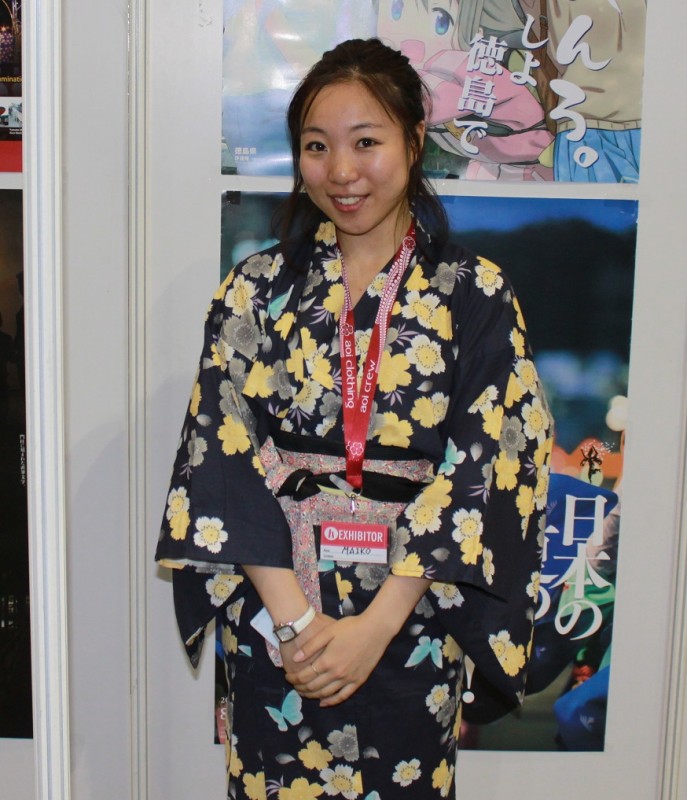 Besides the clothes that people wore there was a huge amount to see. Next week we will introduce the performers who were at Hyper Japan, and as quickly as we can we will publish our interviews with Anna Yano and Siro-A, but in the meantime you can read our interview with Yun*Chi: 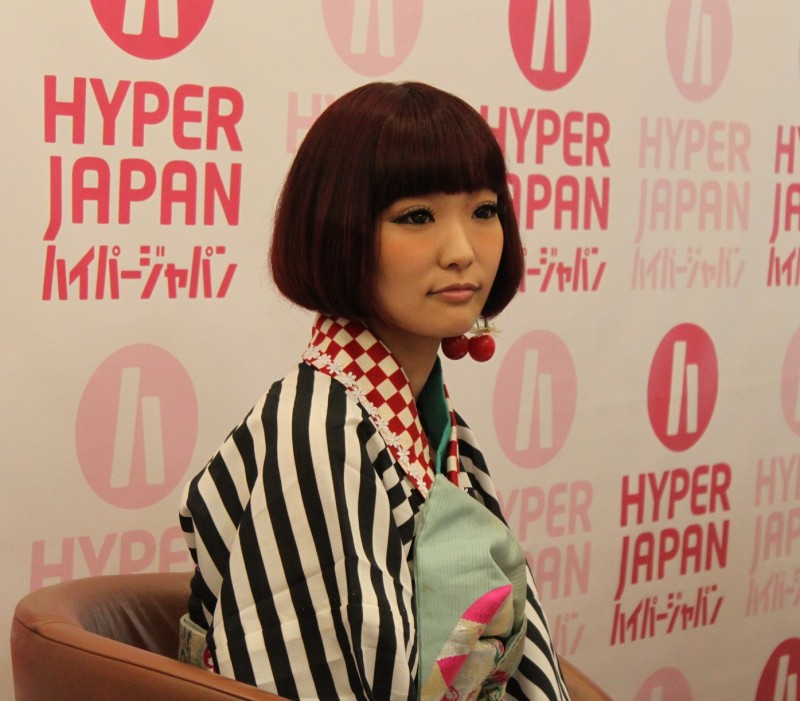 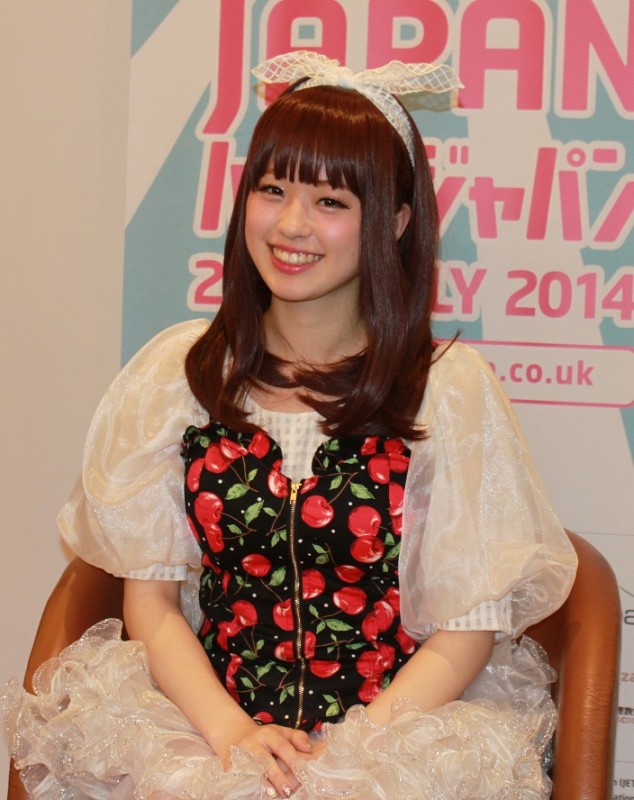 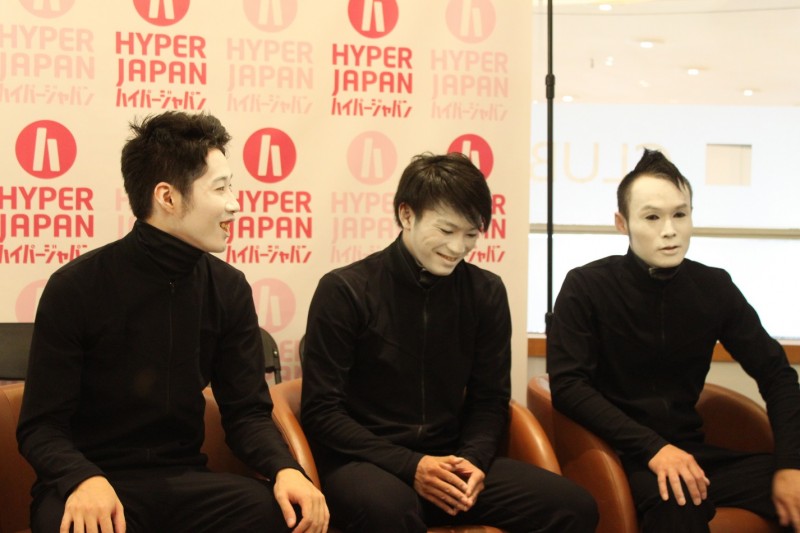