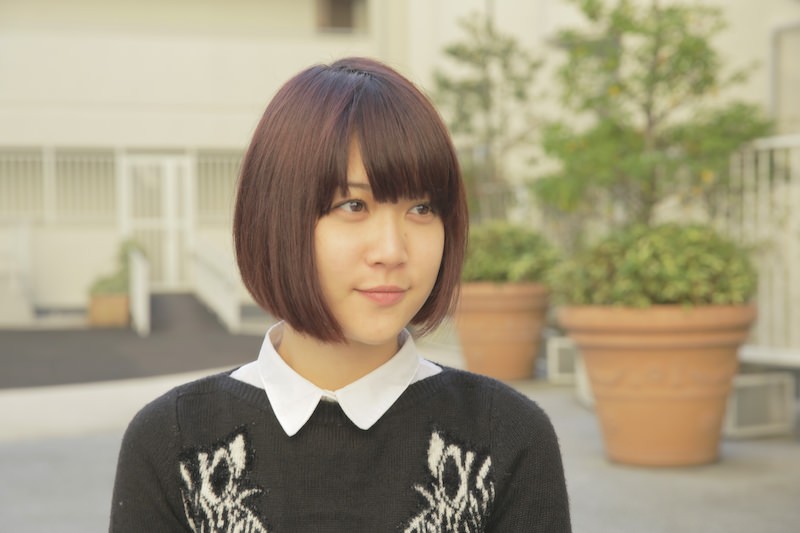 I received an offer from the director.

Saori and her friend didn’t share the same values, although they wanted to arrest molesters together, Saori actually is a complicated person. How did you feel about Saori as a character?

I think she is actually an obedient girl. Everyone has their own worries and problems, and really Saori is just an ordinary high school girl with her own disposition.

What was the most difficult aspect of filming this movie? Was it the way Saori spoke?

Instead of feeling any difficulties, I enjoyed challenges presented to me by the director Isogai tremendously. However, it was difficult to perform the way Saori spoke as well as how her voice needed to be expressed. The director asked me to say my lines out loud as if I was in a stage performance, but as I had no stage experience it was a big challenge to me, but I enjoyed a lot.

Did you have any advice from the director during shooting?

I practiced in rehearsals, and also had advice from the director to create Saori’s voice straight from my belly and to speak in a monotone voice. This was my first time to do this kind of performance, I had great fun standing in front of camera after I had managed to use these new skills.

The Lust of Angels film incorporates an overdub which is quite interesting, it really gives the film a 1970s feel. What did you think of it?

While the movie itself is very interesting, it was my first time to do dubbing. When we were recording, I usually watched the images on monitor, followed the director’s ideas and I had to recall the scene and character from when we were filming, which was really exhausting. 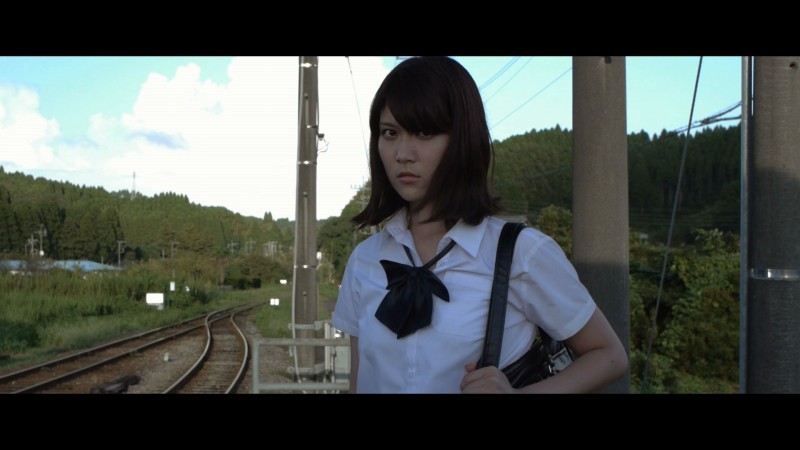 This movie was also screened in the UK and Germany. How do you feel about it?

I think this movie is really suitable for foreigners; I was chuffed that we could present this Japanese movie overseas.

Who is your favourite character out of your performances so far?

I like to be a brisk girl as well as a character like Saori who lives with her dark side. There’s no character that I don’t like, even if it’s an unattractive character I’ll try to make the best of her. Saori is a fascinating character and then when I think of how this was the first time I did dubbing too, it really was an interesting character.

How did you begin as an actress?

When I saw in a film called “A Gentle Breeze in the Village” which was suitable for both adults and children, I felt deeply attracted to it, and it made me want to be an actress strongly and to be involved in the movie industry.

Do you have any particular methodology for acting?

When I played a senior high school student girl in “The lust of Angels”, I elicited the character from my own experience. However, if I play a role with an occupation I’ve never had before, then in order to understand the role I will actually apply for that job, even if it’s only a short term contract or not very glamorous. Once when I played a hostess I worked at a cabaret in Ginza for a week in order to get into the character and make my acting more natural. As for the personality of the character, I try to be as neutral as I can. I’ll act in accordance with my co-actor’s acting and do my best to follow what director the director is looking for in my performance. I let the role take me over and I become the role I play, for example, when I play a lover, I’ll really fall in love with the co-actor during filming (laughs). 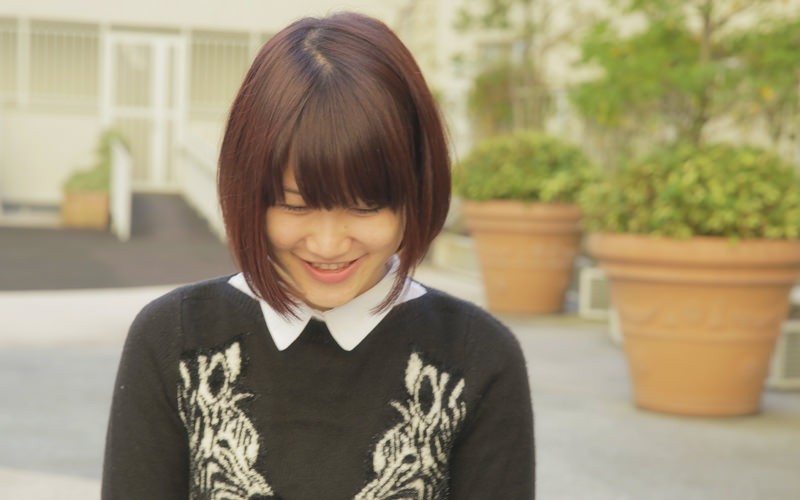 Once you are in a role, is it difficult to switch to a different one?

I leave the role aside and I try to completely not think about that character after filming has wrapped up, although this can make me feel empty. I’ll dye my hair after the movie is wrapped up as a switch to say thank and goodbye to the role.

You also work in the CM industry (advertising). Like in 2013 you were in an advert for the White Cross, ‘First Aid Kits for Father and Daughter.’ What do you think are the differences between making films and CMs?

For movies, all of the staff involved in the movie work as hard as they can, which helps me to understand the role I play better. However, for the TV Adverts, what really matters is the product itself, not my performance. My role is to bring out the charm of the product by pouring my love into it.

What’s your next project?

I haven’t got my public schedule yet, but I will be in several public performances over the next year. Please check my official website: 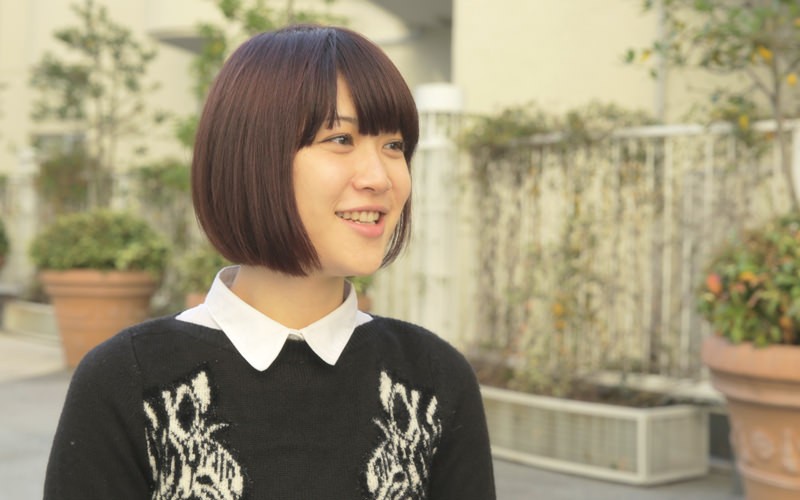 What are your goals?

I like challenges and will start from the challenge of “how well can Erisa Yanagi do if she is in my starring list?” I would like to join any filming team with the above thinking. During casting, it can be the same stage, but never the same performance, especially in a movie, your scenes may get cut several times. Therefore, it’s very important that you are able to repeat your acting to continue the same scene.

I am a big fan of anime (animation). The script of Puella Magi Madoka Magica is fantastic, I’m waiting for its sequel. Of course, movies and dramas are attractive too, they can make the audience cry and laugh, however, as an actress, I know movies and drama too well so I can’t see them without any judgments. But for anime, I can simply enjoy it because I’m not involved in the industry. I admire people who work in the anime industry. As an actress, I can only perform with my own body, but anime workers can create the movements of a character’s hand and hair with their own hands. The level of technique and quality that required is very high. Anyway, I like anime with delicate illustrations.

I like Manga a lot. I admire people who do that kind of jobs. At my friend’s wedding, some friends who are musicians and illustrators wrote songs and painted for celebrating the wedding. At the same time, however, I felt that I couldn’t do anything. Actors are not entertainers, I couldn’t think of a story to tell, couldn’t really do anything on my own. Therefore, being an actor is a job that needs help from many people, like the director, cameraman, editor, and so on. Again, I feel thankful for the help I have from others. People who draw anime and manga can complete their work on their own, which I like very much.

Thank you very much for your time! 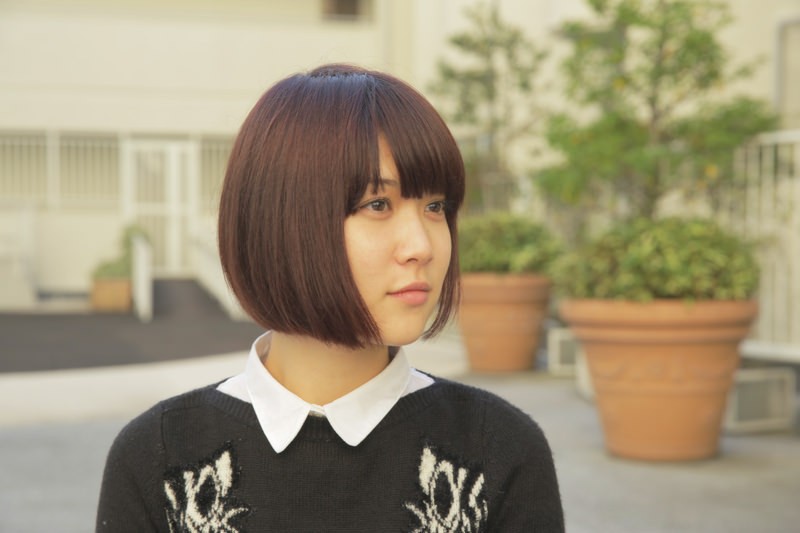 Elisa Yanagi is a Japanese actress and fashion model.

Elisa was born in Hawaii, USA and grew up in Kanagawa. Currently she is managed by jungle.

She has starred in numerous Japanese television dramas, television and magazine advertisements, and films since childhood. She is really good friends with Atsuko Maeda from the film called “How To Become Myself (あしたの私のつくり方)” when they were paired together in this movie.