Yokai, such as Oni, Kappa and Tengu, are imaginary beings that are thought to make otherwise incomprehensible phenomena occur. They are part and parcel of the rich mythological history which one can find in Japan, they are ghosts, they are phantoms and they are gods. We previously introduced one kind of Yokai, Tengu, here, Tengu was a flying monster which liked to perform tricks on holy men such as seducing them in the guise of a young women. Kappa is quite famous as well, and also has animalistic features as it is associated with rivers and pond – it has a flat section on it’s head which is always wet, but if it dries out the Kappa can get injured or even killed. 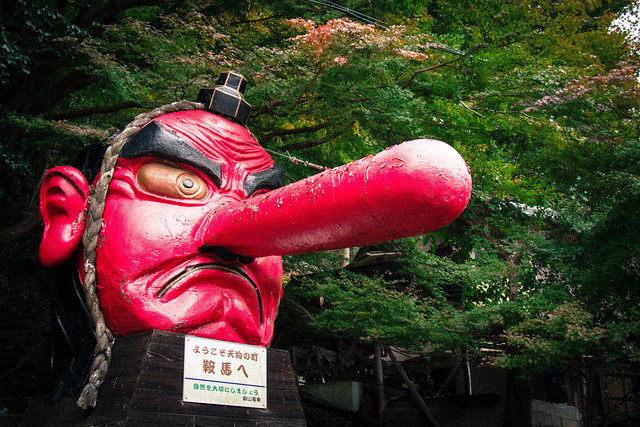 From ancient times Japanese people commented on the origin of mysterious phenomenon, although it must be pointed out that it isn’t only Japanese people who experienced unexplained events. Thus you find witches in Europe, rich tales of gods in South America and the oral histories of South African tribespeople. For the Japanese, every time an inexplicable phenomenon occurred they would connect it to the actions of Yokai.

So, for example, in the summer, parents would worry about accidents when children played near rivers or ponds and would use the saying ‘kappa ga shirikodama wo nukitoru’ meaning the Kappa will take out an imaginary organ. This shows how the belief in Yokai wasn’t limited to unexplained phenomenon, but also to other dangers. 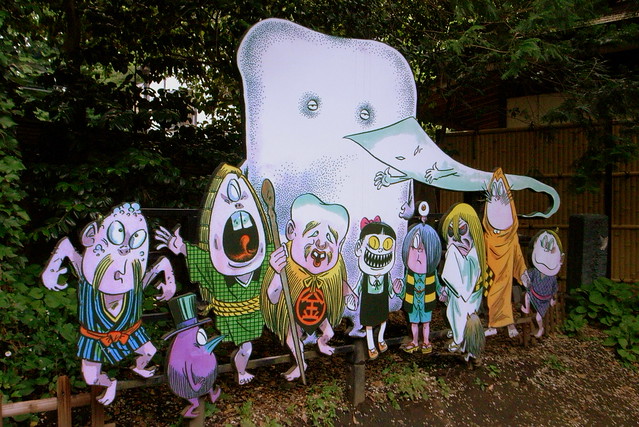 If you have ever watched a Studio Ghibli movie you will probably find a direct, or indirect, reference to Yokai. As there are so many kinds they fit in well with this studio’s amazing imagination. For example, Tanuki (kind of raccoon) are considered to be shapeshifters, in the movie Pom Poko they can take the form of many things and people as they work to defend their land. This movie also includes the masters of fitting in with humans, kitsune (fox). 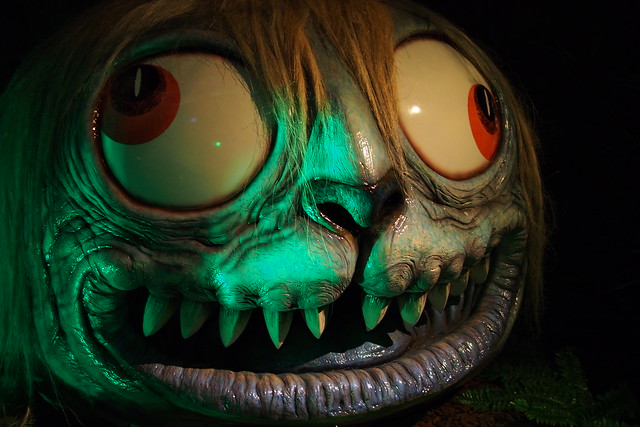