It is well known that Japanese people love onsen, hot springs, but actually you don’t have to be Japanese, or even human, to enjoy a hot bath! In Japan one can experience the sight of wild Japanese Macaques enjoying the bliss of an onsen. Our photographer, Yoshifumi Saito, recently went to have a look at these wonderous animals and document their moments of ease in Joshinetsu-Kogen National Park.

The Jigokudani Yaen-koen (altitude 850 metres) is located in the Valley of Yokoyu River sourced from Shiga-Kogen of the Joshinetsu-Kogen National Park in northern part of Nagano prefecture. This valley has been known as Jigokudani (hell valley) because of the steep cliffs and the steam coming off the springs in everywhere. Despite the fact that for a large amount of the year it is covered in snow it has become a favoured resting area for monkeys, although resting would be an understatement!

These groups of wild Japanese macaque (also popularly known as snow monkeys) are natural residents of the local area, so it is no surprise that they have learnt to take advantage of the natural beauty, and benefits, of this park. Since the establishment of the Jigokudani Yaen-koen in 1964, it has become a place famous around the world for marvelling at wild monkeys kicking back and relaxing. It is also a great place to see monkeys in a hot spring for ecological observation by researchers or photographers, and some of them who visited here have accomplished certain results in the area. 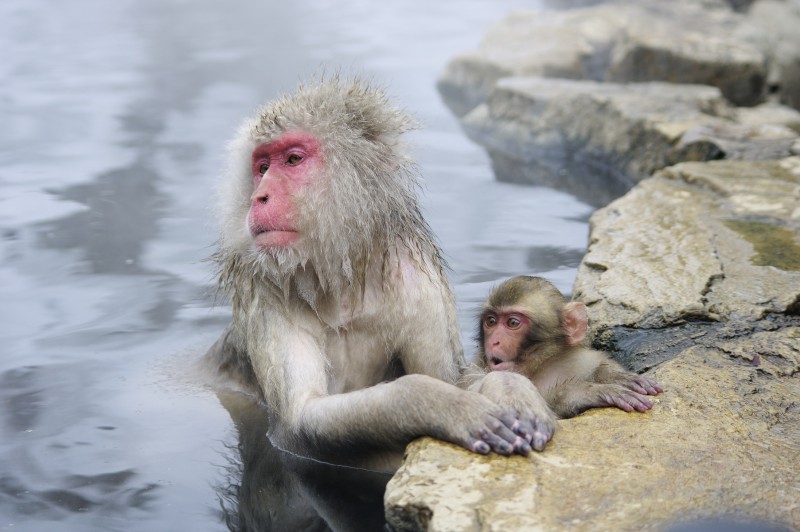 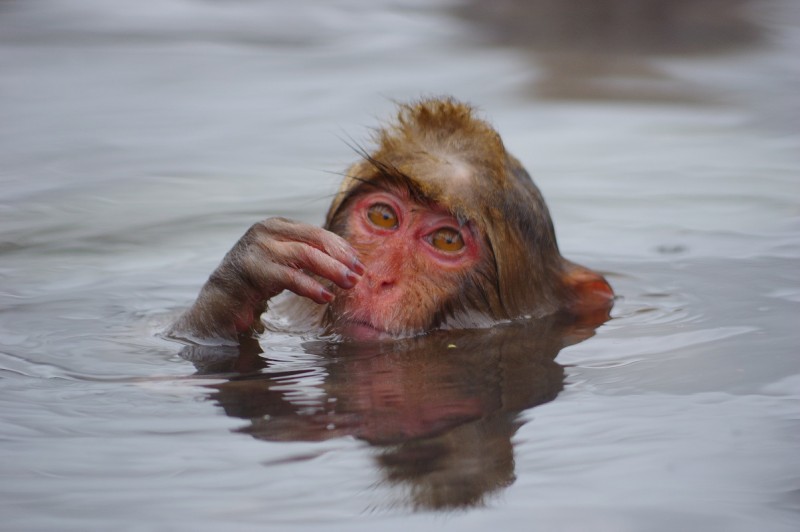 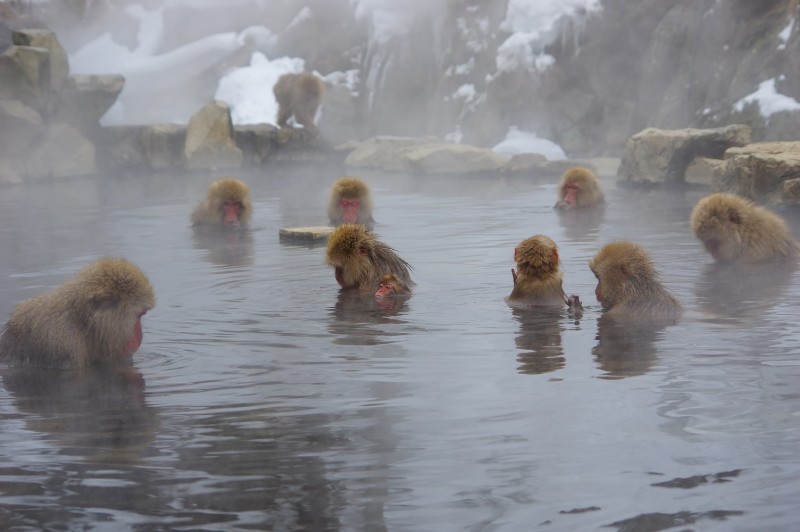 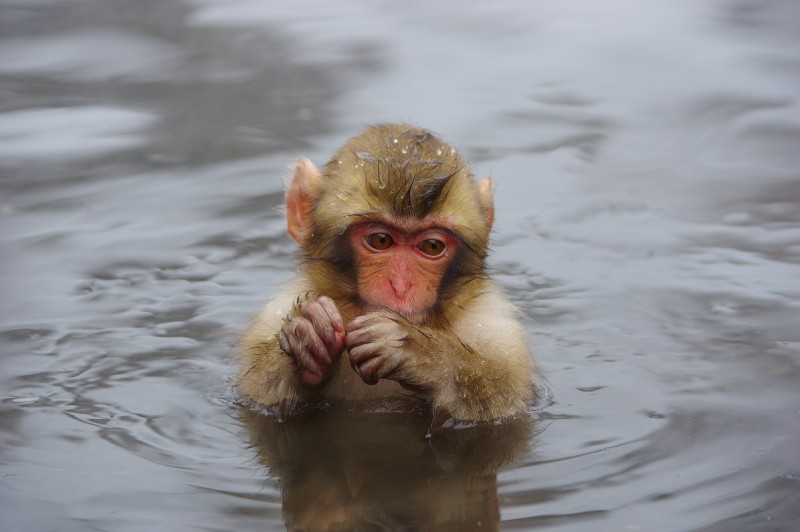 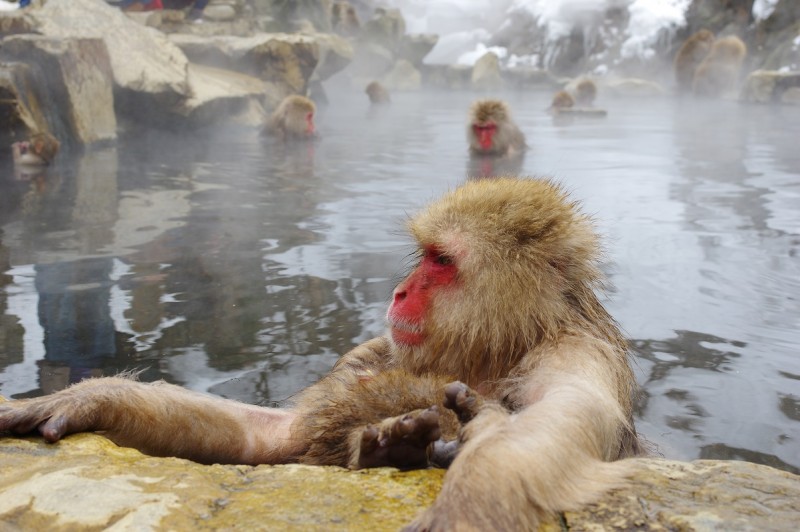 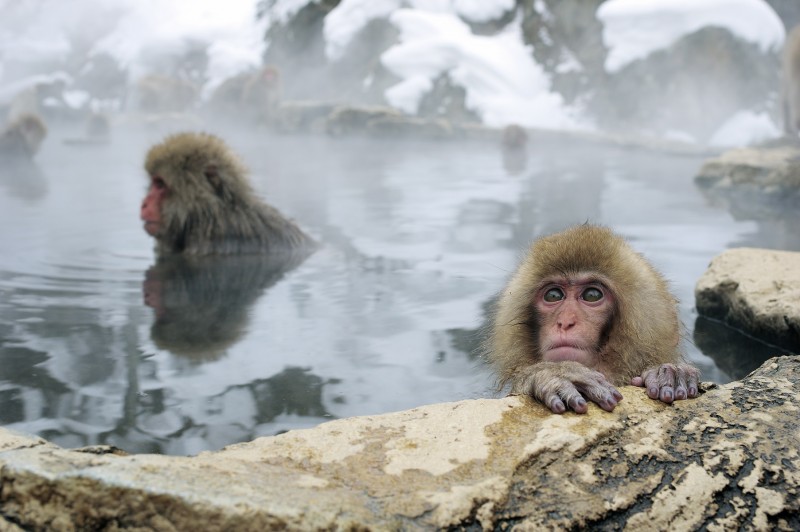 For those of us who aren’t monkeys it is a good idea to learn a little bit about onsens in Japan!

There is a strong tradition in Japan of going to an onsen, as such for foreigners it is always recommended that they try it. However, for people using an onsen for the first time they may feel confused, especially as they are a world away from the hot springs of Europe, and also as they don’t know the rules for properly enjoying their visit.

The general rule of thumb when using onsen is as follows:

Before entering the onsen

For all onsen, clothes, including swimsuits, are not allowed inside. You have to remove your clothes and put them in a locker or basket which is provided. You can take a small towel with you either for drying or modesty. However, remember not to try to use the towel when you enter the hot water of the onsen, just leave it to one side or if it is a very small towel you can place it on top of your head.

Wash and warm up your body

To let your body get use to the temperature of the onsen, and also for hygiene reasons, onsens always have a shower area. Quite often this will consist of a normal shower set up with a small bucket, this can seem quite strange to foreigners who are used to standing and having a normal shower. Normally you should sit on the bucket and then wash yourself thoroughly, and rinse yourself from head to toe. More traditional onsen might have a different set up with an area equipped with stools and buckets for washing. Please note not to splash others while cleaning yourself. Once you have done this you are ready to enter the onsen.

Start from the shallow end

Soaking the whole body into hot water quickly can be a strain on our bodies. Ideally, start from the shallow end of the onsen.

It is best just to enjoy a moderate amount of time in the onsen. Don’t stay in the onsen for too long, take a break at the edge of the bath when your forehead starts to sweat a bit or after 10-15 minutes.

In Japan, the onsen is believed to have medical benefits from its mineral content. Therefore, just dry yourself with a towel after the onsen, so the minerals remain on your skin.

Make sure you have enough water to avoid dehydration and keep yourself warm so as not to catch a cold. Then relax and wind down for a nice rest.

Another thing you may find useful is to check the sign every time before you go into onsen. Most onsens separate male and female users. Some resorts/ hotels exchange baths for women and men in the morning so the visitors can enjoy different views from their onsen. (The sign for the women’s bath is “女湯”or”御婦人”, and for the men’s is “男湯”or”殿方” )