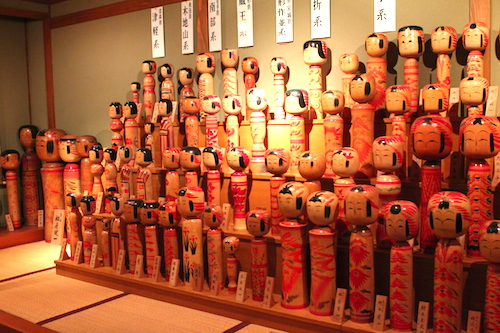 Beautiful Kokeshi dolls have been around for hundreds of years, originally they were made for children to play with but now they have become an adored collector’s item. They first started making dolls in the north of Japan in the seventeenth century; in places like Miyagi prefecture there are beautiful mountains with onsen (hot spring) villages which were very popular for all people who wished to have a relaxing experience. 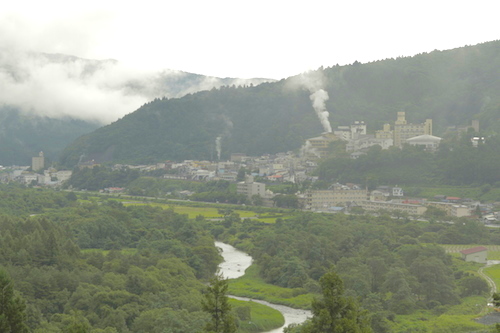 This area of Japan was also known for woodwork artisans who normally worked on commissions in the summer but whose work dried up in the winter, thus there came to be a rather perfect situation of onsen villages which received many visitors in this very cold time of the year and woodwork artisans in the same place with no work.

At some point it was discovered that simple wooden dolls were very popular with the children of the families visiting the hot springs, these become known as Kokeshi dolls. Altogether there are eleven official kinds of Kokeshi dolls, one example is the Naruko Kokeshi doll. This was developed in Naruko by a woodturner called Matagoro Onuma and the popularity of this doll was particularly sparked by a train line to Naruko that was built in 1915. 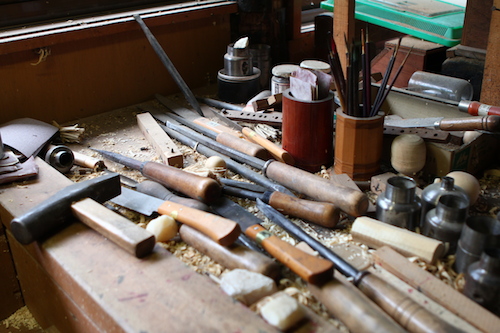 After 1915 many Kokeshi artisans became located in this town, helping to make it one of the biggest Kokeshi affiliated places in the region, and also imprinting into the Japanese mind the word Naruko when they think of Kokeshi dolls. Today there are around fifty artisans of this type of doll, and there is even a Japan Kokeshi Museum which has over 5000 dolls on display and which allows visitors to learn about how they are made and even try to paint a doll themselves.

A typical doll is made up of one piece of wood that makes the body with a ball like head which is fitted to one side and then the face and body decoration is painted on. Each style of kokeshi has a different style, and even different shapes, but each one is distinctive enough that if you take time to study it you will be able to identify each type of type on sight. The Naruko Kokeshi doll has a thick cylindrical body with a slightly curved hourglass shape and with square shoulders. 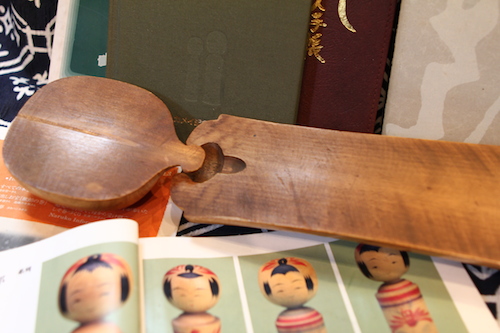 The head itself is a like a ball, but with the same diameter as the body, which has been placed at its head, a special feature of this doll is the head makes a sound that sounds like its crying if you turn it. After the artisan has shaped the body and fitted the head they start painting. The hairstyle is normally a black fringe tied with a red ribbon (known as mizu-hiki) and with bangs. The body itself normally has designs of chrysanthemums as well as striped patterns around the shoulder. This beautiful product can take up to three weeks to be finished and normally has a height of 24cm and a diameter of 5.5cm. 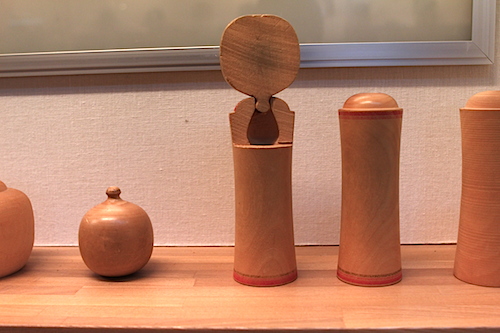