The Omamori amulets of Japan developed from the basic needs of people who sought safety and protection, just like for many years Christians would grasp their bibles or Native American Indians would rely on their animal spirit guides. An Omamori amulet consists of a small paper or cloth which has the name of a god or invocation written on it, this is normally placed in a brocade bag, they can often be seen somewhere close to a person, such as their bag. In the past they were kept in small bamboo tubes or hung around the neck. They must never be opened and should be replaced at least once a year, furthermore they offer protection or luck for all kinds of things. For example the yaku-yoke is for the avoidance of evil, the gakugyō-jōju helps with education and exams, while the anzan provides protection for pregnant women.

There are many more kinds and they can traditionally be bought at shrines and temples where they are consecrated, and where it is also possible to request a specific kind of amulet for a particular purpose. It is one of those rare traditions which can evolve with the times; today they can often be seen in cars with the specific purpose of warding off car accidents. Quite often many people will get a new amulet around the New Year’s holidays, but it must be noted that old amulets can’t be just thrown away as this would be showing disrespect to the deity that had been giving you protection, in the case that it needs to be disposed of, one should burn it. 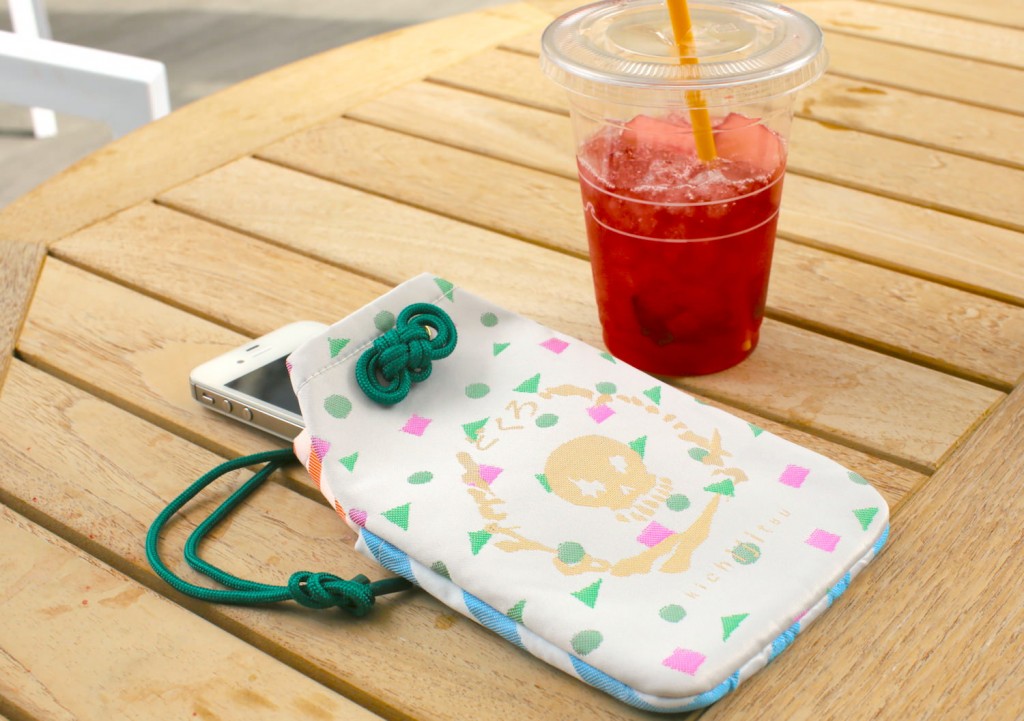 Omamori Pokke is an example of the ever evolving nature of this great item; it is a pouch with a multipurpose use that is based on the traditional Omamori amulet. They are handmade with soft neon pink felt on the inside and with great designs on the outside including Mt. Fuji, the sun, etc, and all in warm, cheerful colours. Omamori in Japanese means protection and Pokke means pocket, and this protective pocket is the same shape as the traditional Omamori amulet you might buy at a shrine or temple. It is the perfect size for a mobile phone or wallet, or any small treasured items 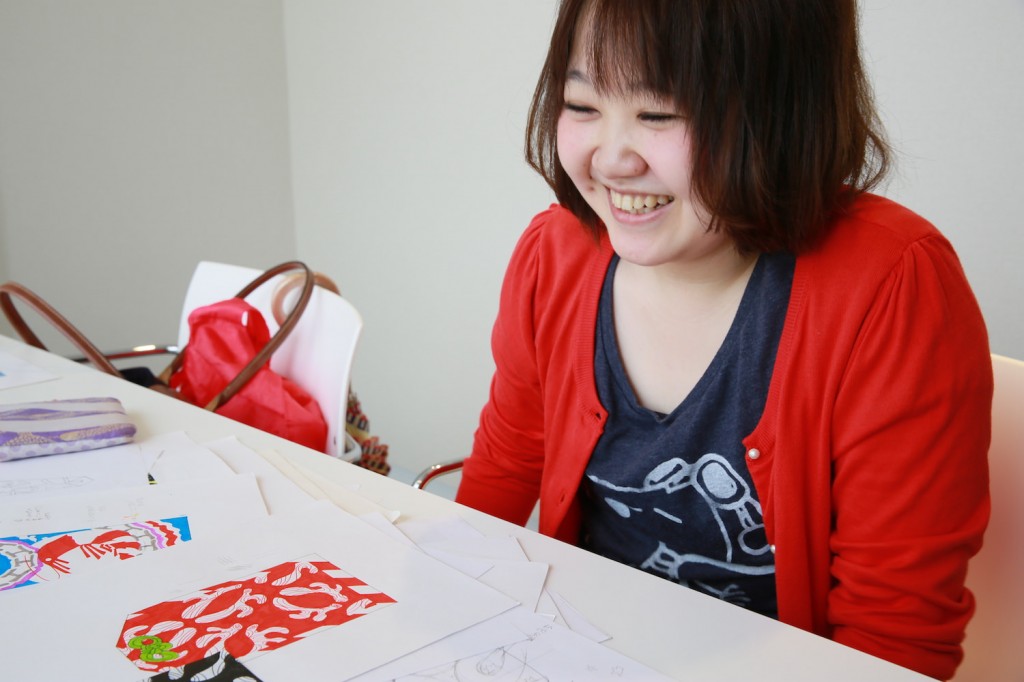 The designer, Aya Inoue, was a PhD student at Tokyo Zokei University, an art college offering higher education in design and the fine arts, when she started Kichijitsu, the brand behind Omamori Pokke. As can be seen from her products she has a strong sense of design, as well as an open mind to new ideas from which the lovely Omamori Pokke sprang forth. Kichijitsu was founded in conjunction with HikariOrimono Ltd which was part of an academic-industrial partnership with Tokyo Zokei University. 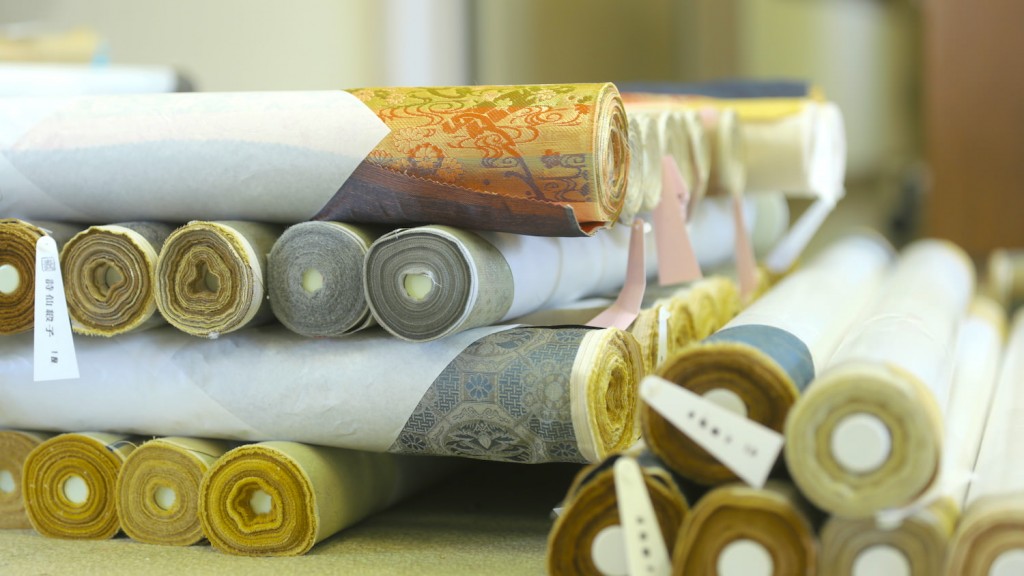 They made hanging scroll material, tie and kimono fabric regularly.

HikariOrimono Ltd is a textile maker that was established long ago and is well known, for example they have made gold brocade for scroll paintings and clothes for Japanese dolls. In recent years they set up a textile studio in Kyoto and quickly garnered a great reputation for having over 1,500 design patterns and they even made Japanese trainers with traditional patterns. Furthermore, they were involved in the costumes for the movie ‘The last Samurai.’ 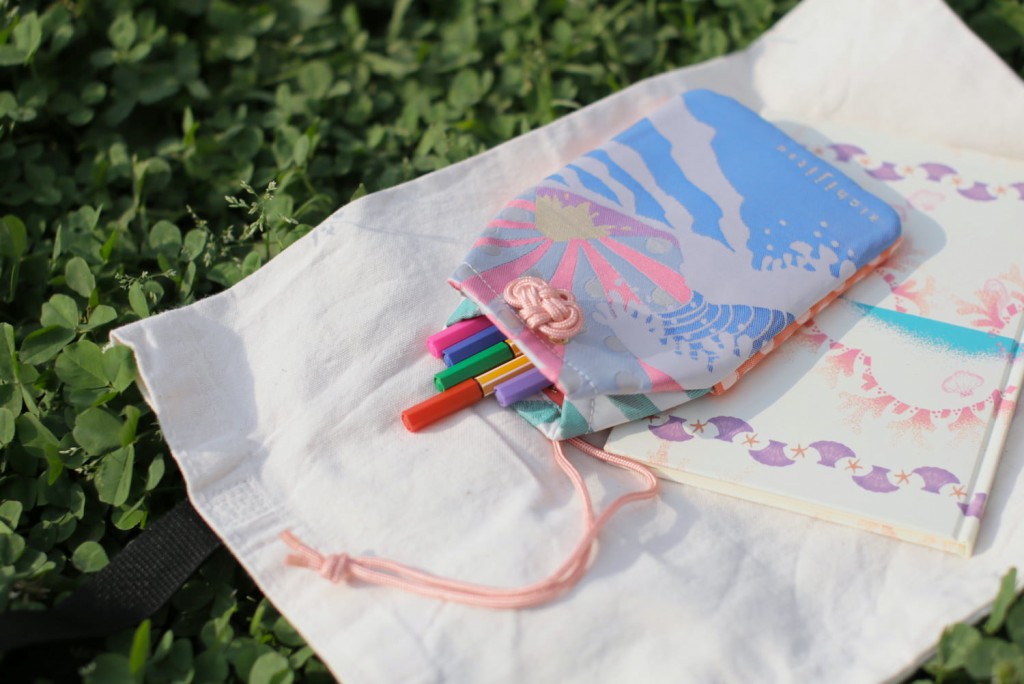 The Omamori Pokke is a beautiful item to have which perfectly blends together both tradition and modern day design. It is also really lovely to have an item which is associated with Omamori Pokke, but also the fact that it protects whatever you put inside it as well is really great. 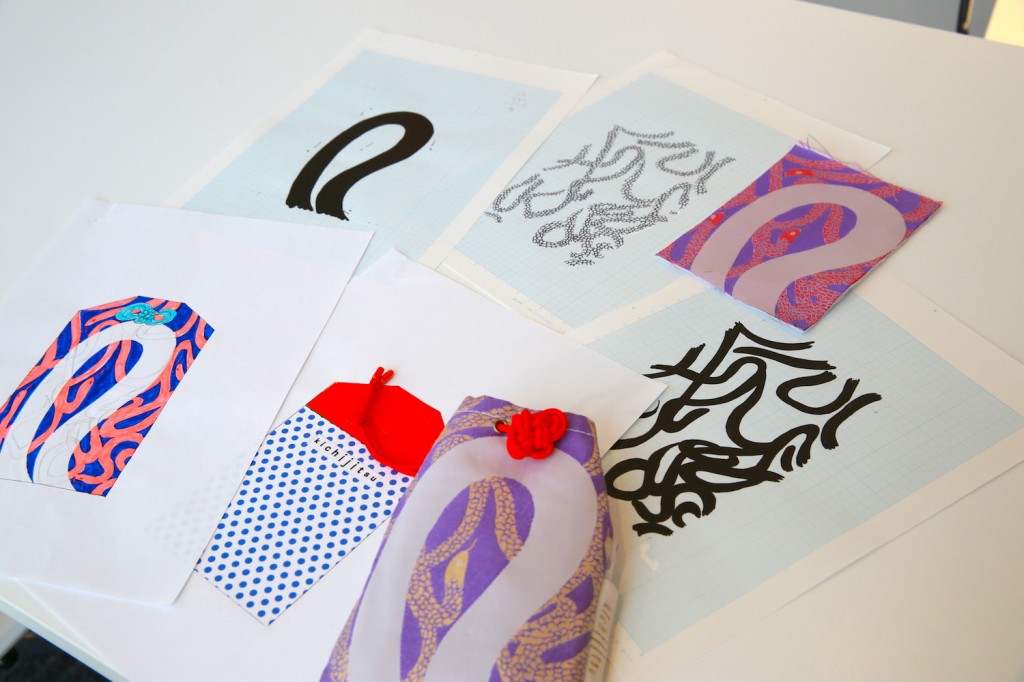