It’s not a dainty little clipper. The simple yet elegant form dedicated to its functionality makes this a “tool”, but a tool built with pride and style according to SUWADA’s mission statement: “When creating beauty, the tool creating the beauty itself must be genuine, beautiful and cherished”. 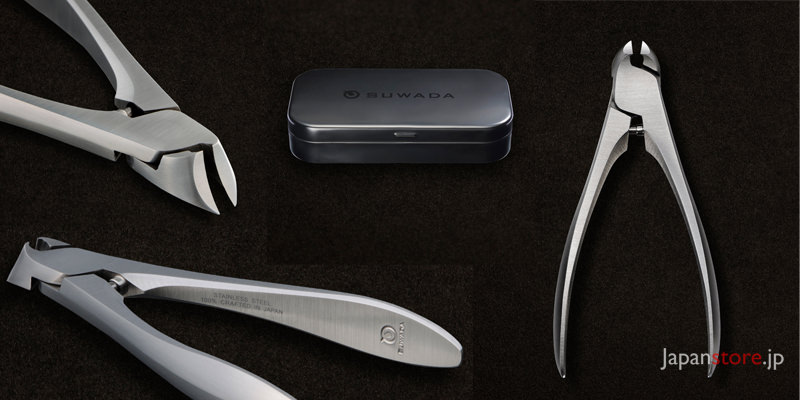 The sturdy clipper takes after the shape of traditional nippers, a product specialized by the SUWADA family ancestors for generations. Also passed down to the family was the meticulous forging skill and the technique needed to put together two sharpened edges for clipping. The sharp blades clip nails so smoothly that you don’t even need to use a nail file. 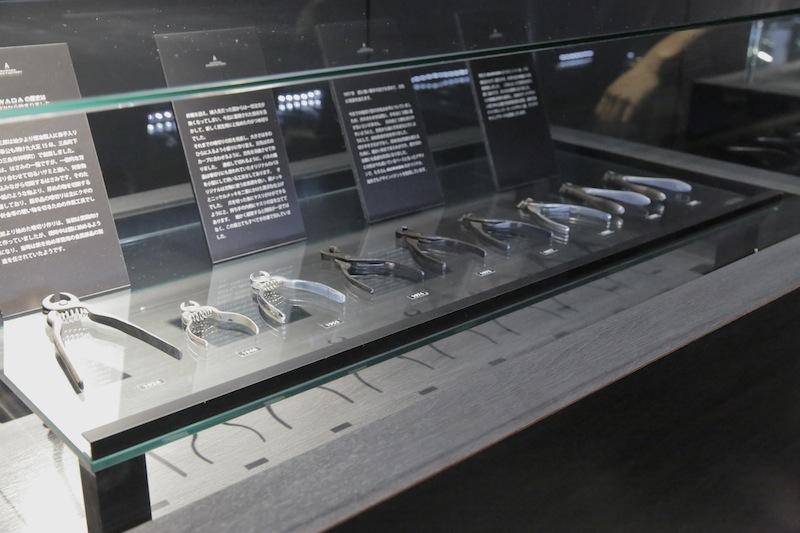 As it is made of top quality material with extraordinary skill and care, the nippers last for 20 to 30 years easily without sharpening at all. When it becomes slightly dull, ship it back to the factory for sharpening, and they will last for another few decades. No wonder their nippers are the choice for many professional manicurists and nail artists as well as a prestigious barber shops in England. 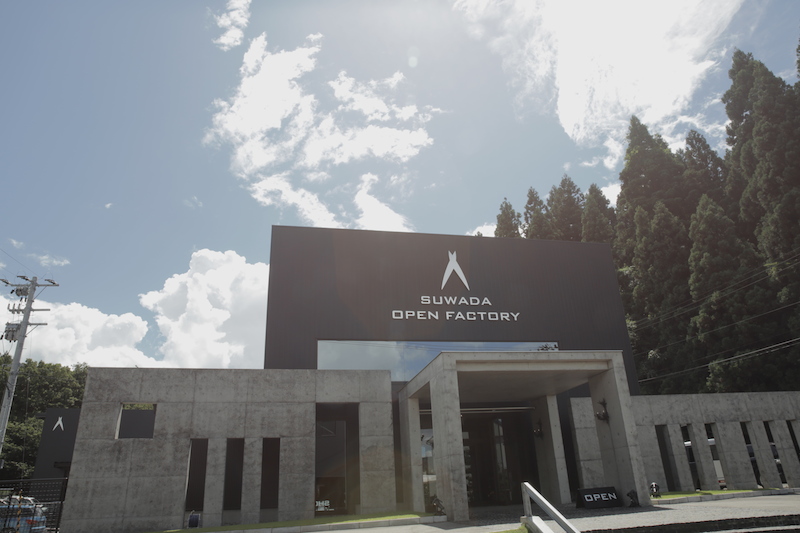 Founded in 1974, SUWADA has been producing excellent nail nippers in Sanjo city in northern Japan. Their factory was renovated in 2011 to renew the image of the company as well as their product. From the walls and the machines to the uniform of the workers, the whole factory has adopted a black color (the color of iron smithing and the corporate color of SUWADA) to give it a stylish twist, as an aesthetic tool needs to be created in an aesthetic atmosphere. The whole process of the clipper production is now on display as well – you can even watch the skilled workers through a camera-connected iPad. The aesthetic aspects continue to the very end; the stylishly coordinated café inside their shop is where you can get a great cup of espresso (made with a traditional manual espresso machine) and seasonal pastries marked with their corporate logo after the factory tour. 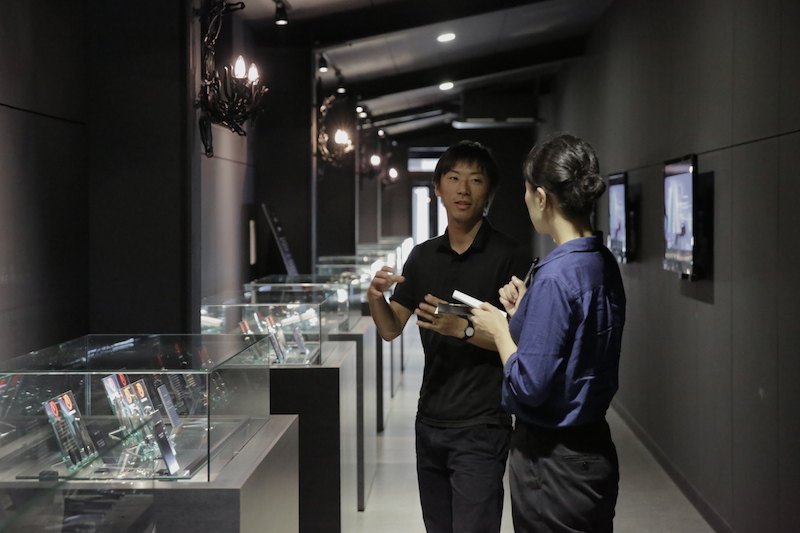 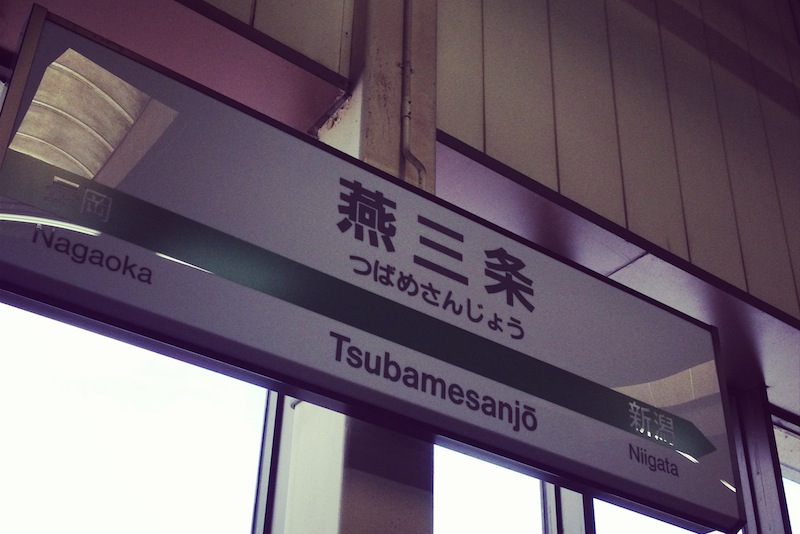 Sanjo city is located in Niigata prefecture in the northern part of mainland Japan along Sea of Japan. The city has a long history of craftsmanship especially for metal works; the idyllic landscape of gentle mountains is peppered with rice paddies and mid-scale metal work factories, reflecting its two major industries that are the pride of the city. Snaking through the paddies and factories are a couple of great rivers – Shinano River and Nakanokuchi River – providing an abundant water source for production, while the Igarashi River that branches off of Shinano River is noted for its special beauty that welcomes sweetfish in summer and salmon in winter. 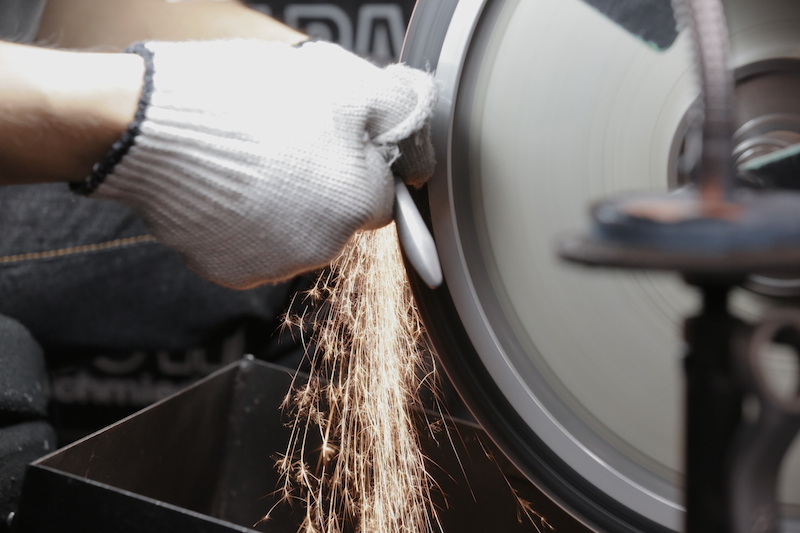 The history of Sanjo’s metalwork manufacturing dates back centuries, though the history of human settlement dates back even further. Remnants of iron from the 12thcentury has been found in the city’s Osaki area by the mountains, suggesting that metal products were being manufactured there already. A few centuries later, Osaki’s metal casters earned widespread recognition. In 1625, Otani Seibei, a government official transferred to Sanjo, summoned forgers specializing in making iron nails to pass on their skills to bring in extra income for the farmers during winter. By the mid-1600s, forging became a profession that produced a wide variety of tools like sickles, saws and knives, making Sanjo famous for metal products to this day. 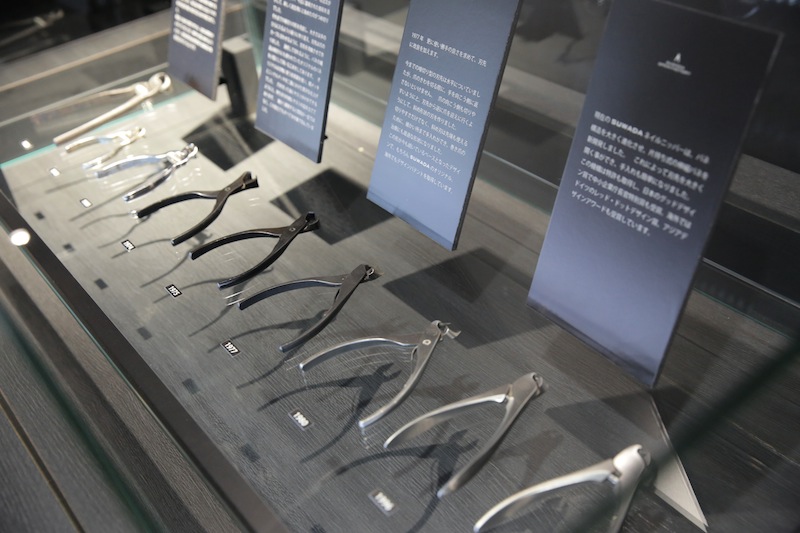 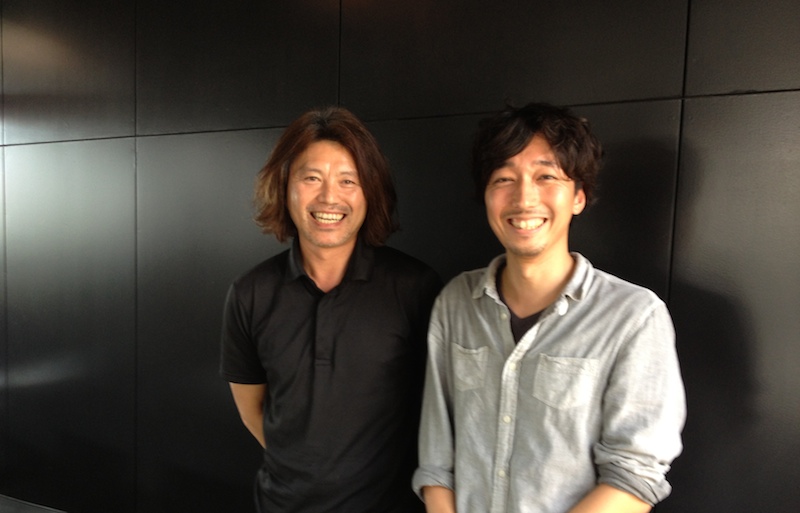